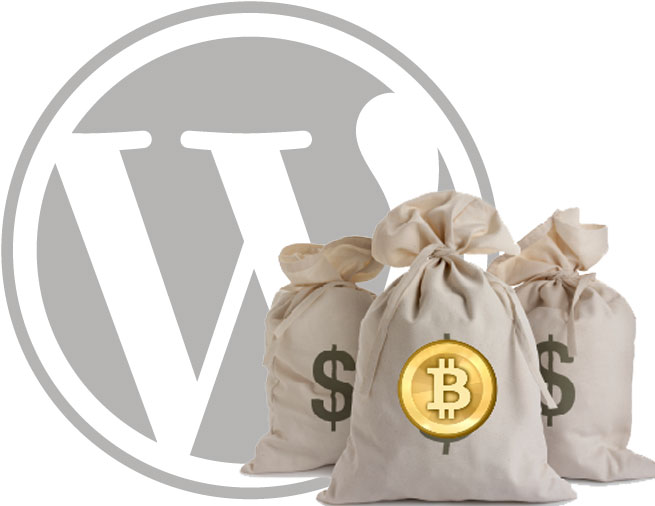 Blogging platform WordPress will now accept Bitcoin as a form of payment, the site announced yesterday.

Bitcoin is a form of digital currency that uses decentralized (peer-to-peer) technology to manage transactions and validate payments instead of a government-regulated banking system. Anyone can convert their local country’s currency into Bitcoins.

People with a free WordPress.com-hosted blog (not to be confused with the free open-source WordPress platform available on WordPress.org) can now use Bitcoins to buy most upgrades, such as removing advertising or enabling blog design customization. 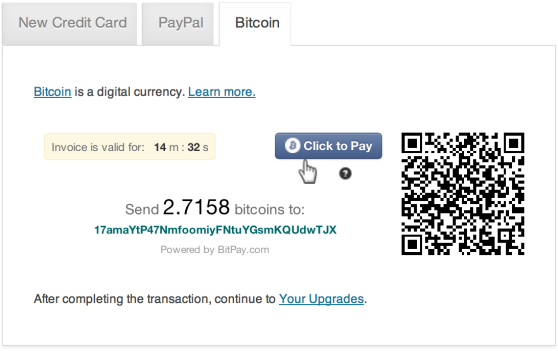 WordPress said it decided to start accepting Bitcoin because of its “role” as a universal currency. PayPal and a number of credit card companies actually restrict transactions in certain parts of the world due political circumstance, high criminal activity, and more.

“Whatever the reason, we don’t think an individual blogger from Haiti, Ethiopia, or Kenya should have diminished access to the blogosphere because of payment issues they can’t control. Our goal is to enable people, not block them,” WordPress’ Andy Skelton wrote in a blog post. “With Bitcoin, we join a new digital economy that doesn’t leave anyone behind, essentially making financial transactions open source — something WordPress.com is behind 100 percent.”

U.S. federal government isn’t too fond of Bitcoin — and with good reason. A universal currency like Bitcoin could hypothetically destabilize a government’s capability to regular its finances. And if that happens, it could disrupt their authority.

But despite any negative connotation attached to Bitcoin in the past, WordPress’ intentions seem entirely pure.

“I think the technology is value-neutral,” WordPress creator and Automattic founder Matt Mullenweg told VentureBeat via email. “I’m sure many people use paper dollars and euros for bad things as well, but that doesn’t mean they’re intrinsically bad (or good).

“I hope many more businesses, particularly digital ones, follow our example and support Bitcoin so it can continue to shake off its early reputation.”

WordPress said the Bitcoin payment option will be available for all WordPress.com blog upgrade purchases in the next few months.