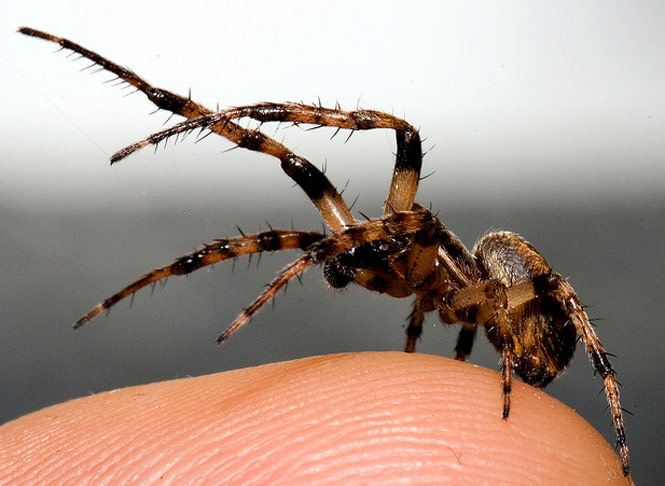 Popular blogging platform WordPress just released a new plugin to make live-blogging super simple for everyone. Unfortunately, the plugin also makes it unbelievably easy to completely and utterly destroy your entire liveblog without even knowing it.

WordPress is probably the world’s leading blogging platform — millions of sites use it either hosted on WordPress.com, or via downloading the software and running it on their own servers. This new plugin enables bloggers to post small, sequential updates for breaking news: a liveblog.

VentureBeat uses WordPress, but I installed the plugin on my personal blog to test it.

The great new innovation? Publishers can update the liveblog right on-page, and readers can view new updates appear without having to refresh the story: 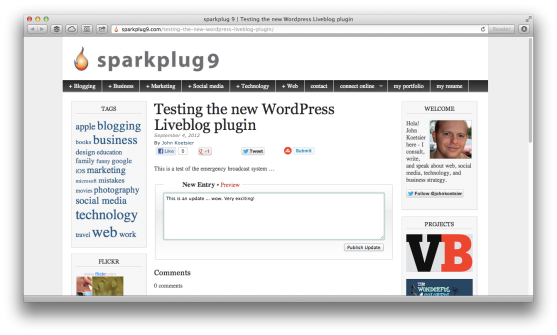 Above: Testing the new plugin on my personal blog

It’s fast, it’s friendly, and it’s unbelievably easy. To update the post, simply type into the box and click Publish Update. To add an image, simply drag and drop it into the edit box area. It seemingly couldn’t be easier.

Unfortunately, it also couldn’t be easier to complete delete your entire liveblog, unknowingly.

When I opened the liveblog post in the traditional WordPress editing interface to set a featured image — the image that, on VentureBeat, appears on the home page to the left of new posts — and then saved, all the liveblog posts disappeared. And no, there was no warning and no error message.

I followed up with WordPress developers, who confirmed the issue.

A fix was quickly made, and will shortly be available, according to Yuri Victor:

@johnkoetsier The change to comments is an update in WordPress 3.5.

Looks like the liveblog plugin has been made backwards compatible for 3.4.1 on github and the push will be available here on WordPress soon.

Another bug was also discovered by other users, which resulted in readers not even seeing the liveblogs. That also seems to be traced to the fact that developers were building and testing on a beta version of WordPress — and publishing to the existing version.

All’s well that ends well, I suppose, but WordPress would do well to test its new plugins on at least the most recently released versions of the blogging engine before releasing them to the world.

It’s a bit of a black eye, to say the least.