Workplace by Facebook today announced the introduction of integrations with more than 50 software-as-a-service (SaaS) offerings like Jira by Atlassian, Microsoft Sharepoint, Kronos for HR, and other solutions.

Facebook first introduced Workplace and accompanying Work Chat applications for team chat and collaboration in October 2016. Since then, Workplace has been adopted by nearly 30,000 organizations, including Starbucks, Virgin Atlantic, and Tinder’s Match Group, according to a company spokesperson.

With new integrations, enterprise software can appear or be called upon in company groups or in conversations on Work Chat to do things like send updates or let employees quickly check on the performance of a Marketo campaign or SurveyMonkey poll. Launching today alongside access to new services is a directory of corresponding bots for private or group conversations. For example, the ADP bot will be able to answer employee questions about their paycheck or tell them when their paycheck was sent.

The news was announced onstage at F8, Facebook’s annual developer conference being held May 1 and 2 at McEnery Convention Center in San Jose, California.

Also announced: Facebook bringing augmented reality to Messenger bots, the start of translation by intelligent assistant M, the release of the Oculus Go VR standalone headset, and a “Clear history” tool for users concerned with their privacy.

At F8 last year, Facebook began to allow business to deploy customized bots last year and integrate cloud services like Box and Dropbox. Features announced today are expected to make integrations and bots that work with teams easier to get started.

“Up until last year customers have been able to make their own custom bots, but that requires you to write code. What’s so powerful about what we’re announcing is that all of our Workplace customers will be able to go into the directory, enable an integration in 3 or 4 clicks,” Workplace product manager Simon Cross told VentureBeat in an interview.

Workplace competes with products like Microsoft Teams, Hangouts Chat from Google, and Slack. By comparison, Microsoft Teams, which launched around the same time as Workplace, is currently used by 200,000 organizations. 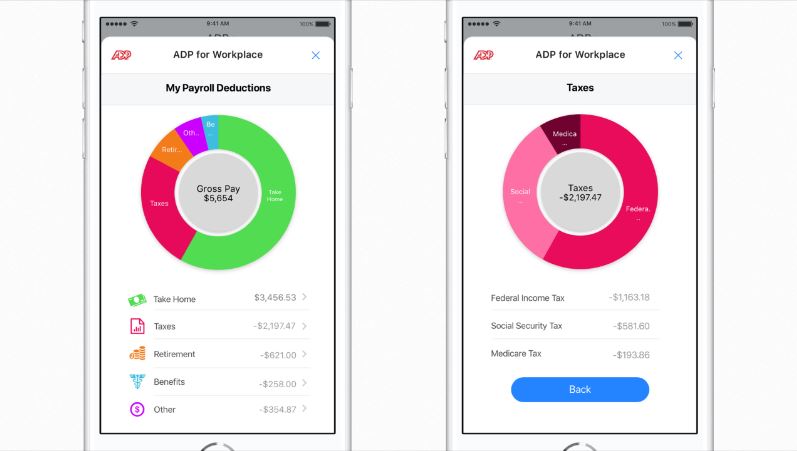 Above: ADP’s Workplace bot can tell employees intricate details about their pay and benefits.

Since its beginning, Workplace by Facebook has been advertised as distinctive in that it invites entire companies to join collaboration tools, but limitations can be placed on which employees are granted access to bots and integrated company data.

Workplace was one of the first of modern team communication and collaboration apps to announce a common workspace for businesses to partner or work together. Since then, Microsoft Teams introduced a guest access feature, and Slack opened shared channels between businesses.

Workplace by Facebook does not yet allow bots or integrations to be used in inter-company workspaces, but that’s in the works, Cross said.

“We believe that’s one of the biggest opportunities to help people, because collaborating across companies is just really, really difficult, and so we are going to bring integrations to multi-company groups,” he said. 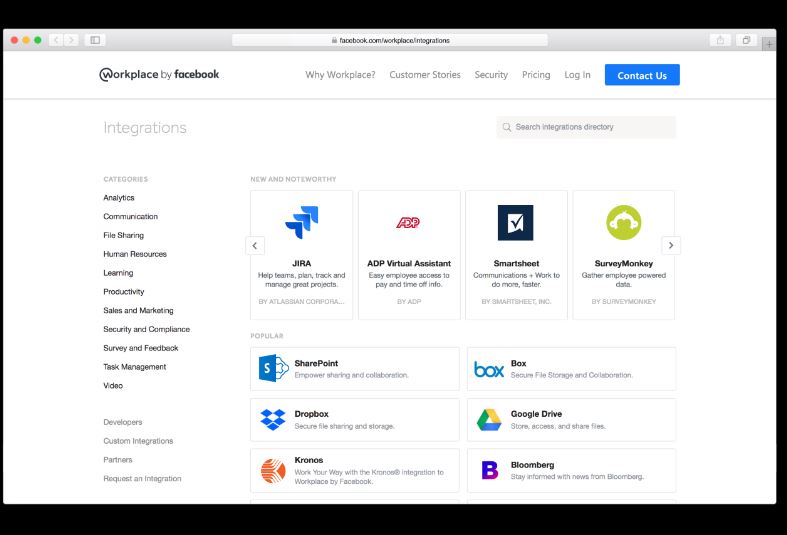