San Francisco company World Golf Tour has just released its sophisticated online golf game. After trying it out, our guess is this will attract a significant following.

Don’t be surprised if the well-heeled venture capitalists on Silicon Valley’s Sand Hill Road stop returning calls. They have an excuse to be playing this game: It showcases the cool ways Flash technology can be used to make online games rich with robust, realistic features — something until now the domain of console games such as the Nintendo.

Anyone can play World Golf for free. You choose your club for each hole, take aim while factoring in terrain, wind direction and distance, and practice your swing — all things you do in real life. You can invite others to play. It takes several practice swings to get the hang of it, but it’s just right in not making it too difficult for beginners. We tried it and, after several miserable practice swings (it shows you if you swing too early or too late), we hit the green in our first game outing. See screen-shots below.

The graphics are remarkable. The company has used helicopters to take high-definition footage of real golf courses. Its software uses a physics simulation engine, to factor in the mix of your decisions and actions, such as the club you pick, the direction you swing given wind direction, the timing of your swing and even the surface of the grass. Its debut course is of the Bali Hai in Las Vegas. The leaderboard (screen-shot below) is already up.

This is far more compelling than other golf games such as True Swing Golf, or these other online games.

It plans to make money through sponsorships and advertising (it doesn’t have many ads yet). Its debut is sponsored the PGA Charity Challenge, among others. You can compete for trips to Hawaii, Las Vegas and other prizes.

The company earlier this month said it had raised a first round of funding from Battery Ventures. Battery’s Roger Lee is on the board, along with co-founders YuChiang Cheng and JF Prata. The amount was undisclosed, but we’ve heard it was several million dollars. 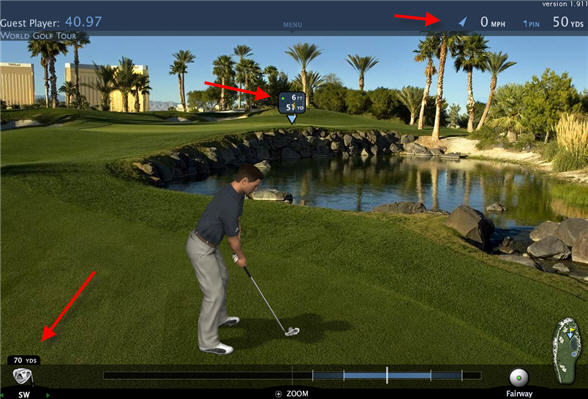 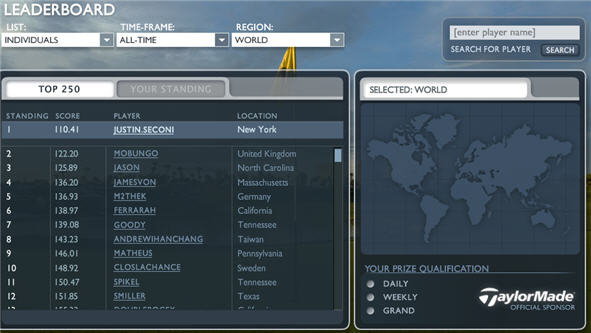