World of Warcraft players have a shot at two attractive new mounts, item upgrades using valor points, and a legendary item-turned-meme during a new patch and the game’s anniversary celebrations this week.

The massively multiplayer online role-playing game turns 11 on November 23, and Patch 6.2.3 also launches this week, bringing with it a host of new Timewalking dungeons and other goodies.

Correction: GamesBeat’s previous headline said that the wand that turns players into Murlocs was part of the patch. It is not. We’ve corrected this and apologize for the error. –Ed.

Anniversary celebrations begin with an inflatable version of Warcraft’s biggest weapon meme, the legendary Thunderfury, Blessed Blade of the Windseeker. It’s impossible to get through a day without seeing people link the sword dozens of times in city-wide chat channels, usually in the form of “Did someone say [Thunderfury, Blessed Blade of the Windseeker]?”

Appropriately, the reward for wielding the inflatable version is an achievement called “Did someone say…?” Every character will receive a five-use Inflatable Thunderfury attached to in-game mail, meaning that players can pile them up in their banks by making a series of level 1 characters.

No permanent items, pets, or mounts come from the anniversary this year, unlike last year’s blowout for the 10th, which included flaming crowns, fiery corehound mounts, and tiny molten Corgi pup pets.

The new patch, which launches tomorrow, includes “Timewalking” updates to the game’s Cataclysm expansion dungeons. Timewalking dungeons scale players down to the level of those dungeons, making past content more challenging and providing equipment rewards that are comparable to current content.

Along with the release of that new set of dungeons comes a new mount for running them. Based on the end boss of one of the Cataclysm dungeons, the new drake will be available to anyone who runs any Timewalking dungeon. 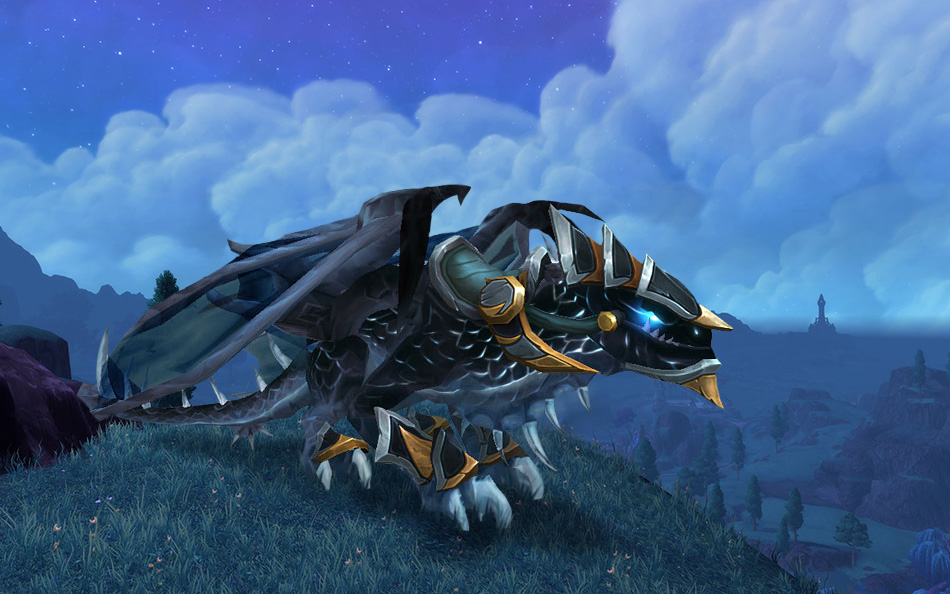 Above: The new drake will be a rare drop from bosses in all Timewalking dungeons.

Patch 6.2.3 will bring back valor points from completing certain objectives and running certain types of large- and small-group dungeons, as well. The points can be used to upgrade players’ existing gear.

Finally, the patch will add a quest for all players who defeat Archimonde, the final boss in the game’s Hellfire Citadel large-group raid dungeon: a moose with shining blue tattoos on its horns, glowing blue smoke on its feet, and the ability to fly.