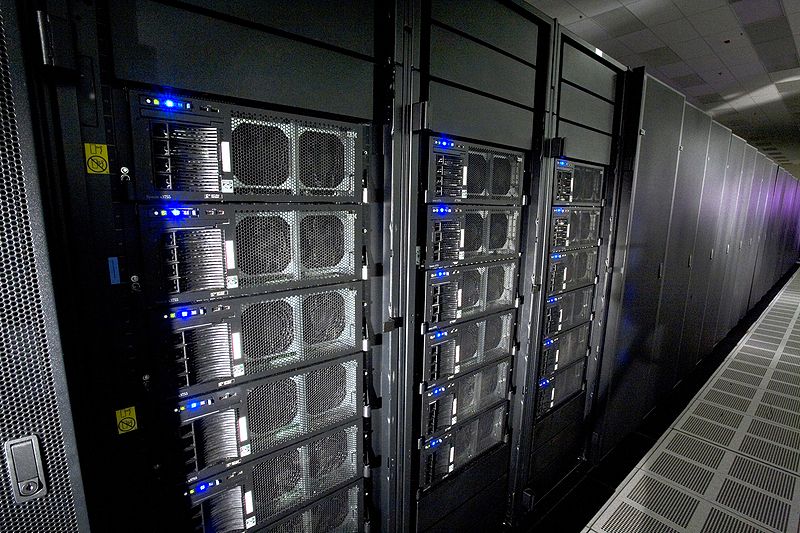 Five years ago it was the world’s fastest computer, running over a million billion calculations per second, but today Los Alamos Lab’s Roadrunner supercomputer is being decommissioned.

Roadrunner came online in 2008 to help nuclear scientists model and understand how nuclear weapons age and degrade. It occupied 6,000 square feet, cost $125 million to build, and reached a top speed of 1.45 petaflops with a hybrid processor model that combined 6,563 modified Playstation 3  processors with the same number of AMD Opteron CPUs.

One of the reasons it’s being shut down? While it’s still a fast computer — globally ranked at number 22 last year — Roadrunner is an energy hog, consuming 2.3 megawatts to reach peak operating speeds. That’s as much as a large house consumes in a month. The super-computer that is replacing Roadrunner cost $54 million, takes up much less space, and uses less energy.

While Roadrunner’s primary job was nuclear physics, scientists also used the supercomputer to investigate nanowire material, lasers, HIV genetics, and a complete simulation of the universe — at a 70-billion particle scale.

And there’s still a little more work for the shut-down supercomputer:

“Even in death, we are trying to learn from Roadrunner,” said Gary Grider of the Laboratory’s High Performance Computing Division.

Scientists will be studying memory compression techniques as well as optimized data routings for another month before dismantling the computer.

Anyone looking for some heavily used Opteron and Playstation 3 chips, cheap?