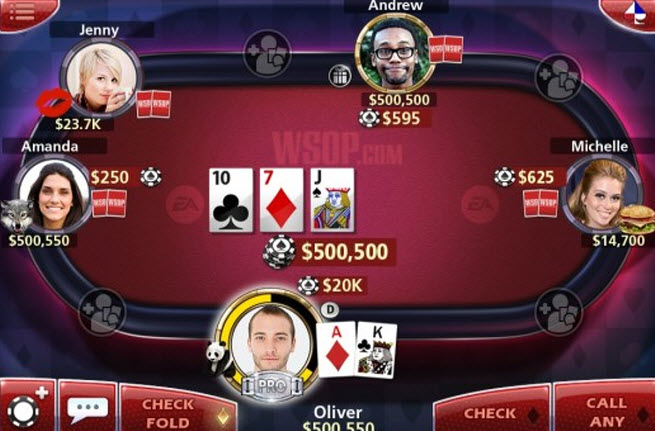 Social gaming giant Zynga has announced it will move into real-money online gambling in early 2013. Electronic Arts has a big stake in casual social casino games such as Lucky Gem Casino Slots, and it has a relationship with the World Series of Poker TV series.

But it hasn’t decided yet whether to add real-money gambling to those games, according to Frank Gibeau (pictured below), the president of EA Labels and the head of the company’s game development efforts. It would be easy to do, but there’s a lot of discussion about the complexity it would add to the business and whether it’s the right thing to do culturally, Gibeau said. 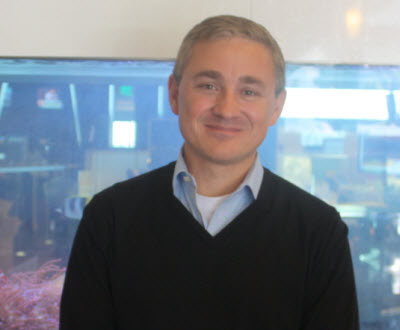 Gibeau made the remarks at a luncheon with reporters at Bloomberg’s San Francisco office. Zynga is eying the potential for real-money gambling to lift revenues from users from a few dollars a month, as is typical in social games, to potentially hundreds of dollars a month in real-money gambling. That kind of revenue could go a long way toward propping up Zynga’s earnings.

But regulations around real-money gambling are complex. It is still illegal in the U.S., though that may change as each state enacts laws that make it legal, in the wake of a favorable federal ruling on interpreting online gambling.

“The leap from [social casino games] to real money is conceptually small, but it is a complicated one,” Gibeau said. “It’s a world market issue. There is a lot of U.S. regulation. There are fully regulated markets all over Europe and some emerging in Asia. I do thing real-money will be a growth driver for gaming. I have nothing to announce. We’re following the trends and events in real money. ”

Ask if some EA people oppose real-money gambling on a philosophical level, Gibeau said, “Yes.” Gibeau says he likes gambling at the sports books in Las Vegas and so he would be a hypocrite if he opposed gambling himself. But he added, “There is an issue we have to tackle there. This is all hypothetical since I am not announcing anything. Culturally, we built our money around entertainment, not necessarily real-money gambling. That’s something that we have to figure out.”

He added, “For a while, we didn’t publish mature-rated games. That was a big cultural shift when we started to publish games like Battlefield, Mass Effect, and Dead Space. When we make a cultural choice, we do it very methodically and talked to a lot of people. This would definitely fit into that category. I don’t know yet.

“What is important at EA is to build high-quality experiences that connect with customers and they love you for it. I don’t know if taking money for poker falls into that mission or not. Free-to-play casino game are fun, but once you cross over into taking real money, it’s a bright line that you have to cross with eyes wide open…. We don’t need to do this to achieve our goals. If you ask me if it is in my top five, it is not in my top five. We don’t need it to grow our company. Some other companies are betting on it. We are not.”

In other matters, Gibeau said that EA knows that charges of copying are common in the game industry, but EA filed a lawsuit on Aug. 3 against Zynga for copying The Sims Social when Zynga launched The Ville last month because it was clearly a copycat.

“We have never seen anything this egregious before,” Gibeau said. “We felt we had a strong argument and felt that our rights were trampled in terms of how they brought that product out. We don’t sue a lot of people. I think there was one actor out there that has a track record for doing this with others. They stepped on the wrong toes. I don’t think the industry is rife with copying, other than when you get to China.”

Zynga shot back that EA’s SimCity Social copied a lot of the game mechanics in Zynga’s older CityVille game. Gibeau said that the original SimCity came out in 1989 and so it was really the first out. He added that the evidence suggests that Zynga “stripped our Flash file” and copied things like skin tones and other graphics.

“It’s pretty clear,” he said. “Name how many times we sued someone for copying in our [30-year history].”

As for Android games, Gibeau said that they monetize less than iOS (iPad, iPhone and iPod Touch) games. He said that the monetization is improving as Google provides more ways for people to pay for games. But the in-game purchasing still has to catch up with iOS. He said discovery is a big problem, and Android is still a very fragmented market. Check out The DeanBeat column for tomorrow for more from the interview with Gibeau.

Asked what he thought about Amazon moving into games, he said that Amazon is very good at selling but it remains to be seen if it is good at making content. Retailers are all moving toward digital distribution and making their own content, but it “remains to be seen how successful they will be,” he said.

“It’s different when you start to build things,” he said. “They are a competitor in the future and we’ll see how they move from being a merchant to making games.”

As for supporting the upcoming Android-based Ouya console, Gibeau said his company has not yet committed to making games for it. He said that a platform needs scale before EA moves on to it, and he said that EA is agnostic overall.

“If that one takes set and grows, we’ll jump on it, but it’s not on my priority list now,” he said.