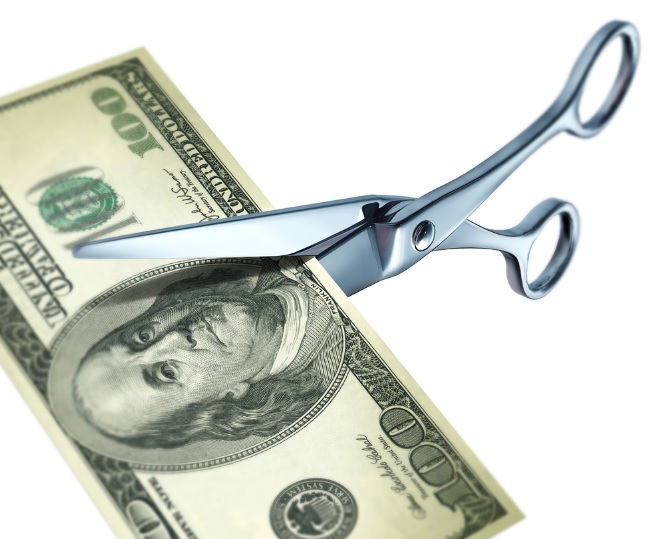 Giving up half of your company for a mere $250K seems an absurd proposition. Only offer on Shark Tank? Bad business school case study? I must have missed a zero or two, right?

If that sounds bad, how about half of your company for $90K? Crazy?

No. This is the reality in many places outside of Silicon Valley (and especially outside the US). And it isn’t good.

The issue in Germany

I’m going to talk today about Germany, where I commonly see this issue. There are plenty of countries that have similar issues, but since Blumberg Capital is very active in Germany, and I sit on five boards in Germany, I feel most comfortable writing about the specifics that I know. I happen to be writing this today because I’m in Berlin and this issue is front and center for a couple of companies that I’m looking at.

If you are an entrepreneur in Berlin, you are hard-pressed to find capital for your company. Even with the notoriety that Germany, and Berlin in particular, has gained, there simply is not much capital available here. Relative to Silicon Valley, the capital available in Germany is a rounding error, and even relative to London, Germany suffers a definite lack of capital. It is slowly changing, but not nearly as quickly as it should.

In Germany, entrepreneurs starting out would appear to have similar opportunities to those available in the US — there are some very good incubators, there is an excellent group of angels, most of whom have built and sold companies previously, and there are a couple of very early stage funds. But, the scale is just too small. And at the early stage, the lack of capital is most pronounced.

And the ramifications are pretty significant:

– First rounds in Germany (call them seed rounds) tend to be small (50K – 250K), and nearly always done by angels or small super-angel funds. A 500K round is considered very good for the first round and is quite rare!

– Founders give up significant portions of their company to angels just to get a little capital at the outset. It is common to see investors take up to half of a company up front.

– The funds in Europe that invest more significant capital tend to wait until a company has substantial traction — say, EUR 5M -10M in revenue.

All of this adds up to a couple of significant issues that challenge the ecosystem.

1.  Capital risk is huge — companies that raise small rounds struggle to hit the milestones for their next round, and many either don’t make it or end up very small.

2.  Cap tables are screwed up. It is very common for founders to only have 10% ownership after they have raised Series A or Series B. It leaves far less upside, and we often see angel investors with bigger stakes than founders.

Why is this the case, and what can be done about it?

At each stage of the company, there are different issues.

Very early, when angels typically lead rounds, it isn’t uncommon to see a company raise $100K to $250K and give up half the company, usually with the promise of “shares for support.”  The investor promises to help with setup, operational expertise, fundraising, and some key elements of the business. I don’t want to be negative toward the investors who truly do act as cofounders and get companies off the ground, but not all angels fulfill this promise.  If they fall short, this approach is really aggressive from the angel perspective and doesn’t leave much room for future rounds in terms of the cap table. To me, unless the angel investor is truly a cofounder and helping day-to-day in operations, these “shares for support” and huge dilution scenarios don’t set the company up for success.

At the next round, typically Series A in Germany, which is roughly equivalent to seed rounds in the US, there are not very many players. One of the reasons Blumberg Capital is investing in Germany is because we are finding great opportunities to fill a part of this capital need. In contrast to the US, where there are a fair number of early stage funds, in Germany, there are very few, and there is a substantial gap between angel funding and bigger rounds where traditional European VCs jump in. This void is very real, and many companies never get beyond their initial angel round.

At Series B and beyond, what we find is most VCs are looking for significant traction. This means that companies need enough runway and capital to really scale, and if that isn’t there, the companies face serious capital risk. Again, because there is not a lot of capital available, the VCs who provide the larger amounts of capital are very smart to wait for companies to break out before making investments. They don’t need to rush. It isn’t like the company has a ton of options for financing.

So, let’s take a real world example. Company A has a group of great founders going after a big market. They are one of the companies that attracts the attention of some strong angel investors. The angel investors convince the team they can really help, and that giving up 50% of their company when it is formed is not bad in exchange for their help. The company gets $250K for 50% at the outset.

This company does well and is able to attract more capital. It raises a pretty solid seed round ($500K) from angels and a small seed fund at a $2M pre, taking 20% in dilution.

It really starts to hit its stride now and attract a solid Series A of almost $2M at about a $6M pre-money valuation. In the US, this might be their seed round, and the earlier money may have come from bootstrapping or friends and family. They take another 25% dilution.

Now the founders have diluted by nearly 50% AFTER they gave up 50% at the outset; they have a total of about 20% ownership and have not even gotten to growth stage capital yet!  In the US, this would be almost the opposite, where investors would likely hold about 20-25%, and founders would still own the lion’s share of the equity. The screwed up cap table has very negative impacts on the upside potential and the incentive structures.

In general, the lack of capital and the fact that the investors extract so much from the companies act as deterrents to startup growth.

We aren’t going to wake up tomorrow and find that significantly more capital is magically available, so what can we do to work with the constraints that exist?

Pawel Chudzinsky, founder and Managing Director of Point Nine Capital in Berlin says, “Although improving all the time, access to early stage capital continues to be a challenge for startups in Germany. It is especially difficult for first time founders with limited networks and experience who frequently give up a lot of equity for little money in the early stages. … More capital, more transparency, and education seem to be the solutions to make things better here.”

Education is the area where founders can most directly impact their opportunities. I find that US founders are generally far more knowledgeable about equity compensation, dilution, fundraising, and scaling businesses, but as ecosystems like Berlin are evolving quickly, the base of very knowledgeable founders is increasing quickly. In Berlin today, and in many other places, experienced founders and investors are willingly contributing their expertise to help others build, and this is a key to making the system function efficiently.

As I have watched the ecosystem in Germany grow and mature over the past couple of years, I am seeing progress on all fronts. More investors are paying attention to Germany, so capital levels are slowly increasing. And, as the market continues to evolve, we are seeing that people are more mindful of raising enough capital to be able to scale, and also to ensure that the founders have the equity incentive to build great companies.

One final note: I have focused on Germany here because I have the most experience in Germany, but these issues are very similar in many emerging startup ecosystems around the world.  I hope that, as we continue to build these ecosystems, we will set them up to maximize the potential opportunities.