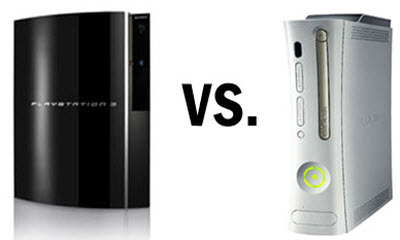 Microsoft has a golden opportunity to win over some Sony PlayStation 3 users in the wake of the disastrous PlayStation Network outage. We’re conducting our own poll to see if users are so mad that they’re thinking about switching from Sony to Microsoft’s Xbox Live online gaming service.

More than 77 million registered users had their personal data exposed, and possibly their credit card numbers stolen, due to a hacker attack against the PlayStation Network. One survey found that a fifth of PlayStation 3 owners are considering a switch to the Xbox 360 because of the data breach. If that happens, it could be a very big headache for Sony, as the two consoles are still battling it out for the second place spot in the current generation console war, where billions of dollars in revenues are at stake.

The survey was conducted by CouponCodes4U and queried 2,132 people across the U.S. It found that 89 percent of PS 3 owners were concerned that their personal data may have been taken. About 65 percent said their trust in Sony and PSN had been greatly affected, and 21 percent said they were considering selling their PS 3 units and switching to the Xbox 360.

The tables are turned from a few years ago when Microsoft’s own PR disaster from Xbox 360 defects made users angry. Xbox 360 consoles were failing in large numbers due to manufacturing defects that led to overheating. Users were so irate that some vowed to switch to Sony or Nintendo.

Please take our own poll below.