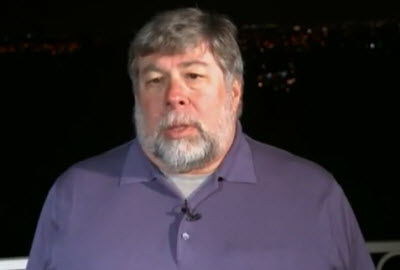 In an interview with the Associated Press, Wozniak said he learned about Jobs’ death from a reporter who called him for reaction.

“What do you say?” Wozniak said. “It’s like the world lost a John Lennon.”

Wozniak was always known as the quiet engineer behind the salesman-like Jobs. But Wozniak has found his public-speaking voice as he talks about the wonders of technology and how to inspire kids. It’s rare to see such public figures showing emotion, but it shows you what kind of impact Jobs had on Wozniak’s life.

“Somehow he had the ability to think out new ways of doing things, not just improve what we already had, but to do them in a totally different way,” Wozniak said.

He said he thought about all the good times he had when he was young, misbehaving and plotting out the uses for new technologies. He said they worked together in a garage because they had no money and no one to lend them money.

“We’re like a million young people who are so excited about the future making a business just out of their ideas,” he said. “That’s what we were.”

At the close of the interview, Woz was overcome with emotion. He signed and rubbed tears from his eyes.