It has been quite an evening for the world of business media. First came news that News Corp. has reached a tentative agreement for the purchase of Dow Jones & Co. at its original $5 billion offer price. The deal is going before the full Dow Jones board this evening for its approval, according to the New York Times.

This means News Corp’s Rupert Murdoch, already a significant media mogul, will now likely own the venerable Wall Street Journal, America’s most respected business publication. WSJ reporters will be walking around dazed by this. Many expressed disdain for Murdoch, saying he holds his own publications to lower standards than those of the WSJ. 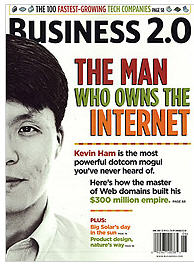 Next came news that San Francisco’s Business 2.0, the seven-year-old magazine about technology start-ups owned by Time, may be shuttering after publishing a last issue in September. This is due to a sharp drop in advertising at the San Francisco-based magazine, caused by merging in ad sales people who pitched other Time publications, such as Fortune, more aggressively than Business 2.0. We’d heard the same rumors last week, but were unable to confirm them.

Finally, we note that citizens journalism efforts are also having a tough time, and people are trying to draw lessons.