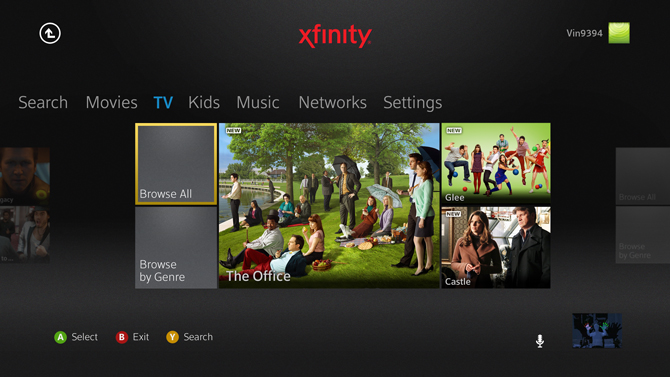 Using Comcast’s Xfinity TV app on Xbox Live won’t count against data caps for those that subscribe to Comcast’s internet service, according to the company’s Frequently Asked Questions page.

The Comcast App, which launches today along with HBO Go, is one of several new services available through Xbox Live, including Verizon FiOS, Epix, Vevo, Vudu, YouTube, and others. Entertainment usage on the Xbox is growing at a rapid pace, surpassing multiplayer games usage for the first time ever, Microsoft announced today. So, it’s likely most Comcast subscribers with an Xbox will be taking advantage of the new app — especially since the service has an advantage over competitors.

Comcast customers are allotted 250 GB of data per month before they get charged overage fees. For most people that primarily watch video through a traditional cable TV service, the data cap of 250 GB is generous. You  can watch about 80 hours of content (along with regular internet usage) on competing streaming services before hitting the data cap. The Xfinity TV service from Comcast functions a lot like a Netflix service, offering streaming videos on demand. The exception is that now when you want those videos via Xbox 360, it won’t affect your data cap.

This essentially gives the Xfinity app an unfair advantage over other services like Netflix, Hulu Plus, and Vudu. And more to the point, it takes the concept of net neutrality, and throws it right out the window.

Comcast explains that “since the content is being delivered over our private IP network and not the public Internet, it does not count against a customer’s bandwidth cap.” However, this doesn’t apply when you watch video via Xfinitytv.com or use the Xfinity TV service on other devices over the “public” internet.

Comcast has previously said that its spending resources to build out an IP-based video delivery service, as VentureBeat reported in June. But since all data runs through the same broadband infrastructure, I just assumed there would be no differentiating between a “public” internet network and a “private” network dedicated to Xflinity TV content. Essentially, Comcast is treating the streaming video as an extension of service that’s typically found through one of its cable set-top boxes.

I’m not sure I buy this logic. Arguably, Netflix also has its own “private” network that is only accessible through the “public” internet. Let us know your thoughts in the comments.