So Xiaomi’s Mi5 launch event came and went today, and the Chinese smartphone maker unveiled some impressive specs for a device that will cost in the region of $350. However, Xiaomi won’t be making its grand entry into the global smartphone arena anytime soon.

In the buildup to today’s event at Barcelona’s Mobile World Congress (MWC), you would have been forgiven for considering the possibility that Xiaomi would finally go truly global and make its smartphones more widely available outside of Asia. Indeed, Xiaomi did little to dispel such hopes when it invited the world to witness the “Mi5 global launch” live from Barcelona. But in real terms, what it meant was that the announcement was global insofar as it was on the Internet and anyone could watch it.

This echoed a similar announcement last year that touted a “global Mi phone premiere” — again this sounded like it was going to be a truly global launch of a smartphone. But it wasn’t. The Mi 4i was initially launched in India only, followed by a few other countries in the region.

i IS COMING. Register for our global Mi phone premiere in New Delhi on 23 April. http://t.co/H8GdKvulca #MiLaunch2015 pic.twitter.com/0pxgSe4Mu0

While Xiaomi has grown into a major mobile phone maker since its first foray in the space back in 2011, China, India, and a handful of Asian countries have remained its official markets* (though it is, of course, still possible to buy the phones anywhere through third-party sellers).

The Beijing-based company has long since branched out into other products and services, including self-balancing scooters, fitness bands, tablets, routers, cloud storage, headphones, and power banks. And the company opened for business online in the U.S. and Europe last year — except that the store is limited to accessories.

When Hugo Barra, former Googler and current global VP for Xiaomi, took to the stage at MWC today, he waxed lyrical about the company’s new flagship and even wheeled out a Qualcomm exec to sing the praises of the amazing new Snapdragon 820 processor. But there was to be no true global launch announced.

“On 1st March it will be available in China; then we will soon bring it to our global markets, including India and other markets,” said Barra toward the end of the show. And that was it.

The fact that Barra had traveled to Europe to announce the phone but gave zero indication as to whether it would even arrive there was astonishing. And to publish pricing in Chinese renminbi (yuan), with roughly converted dollar and euro equivalents provided only verbally, was also noteworthy and indicative that Xiaomi isn’t yet ready to go truly global. 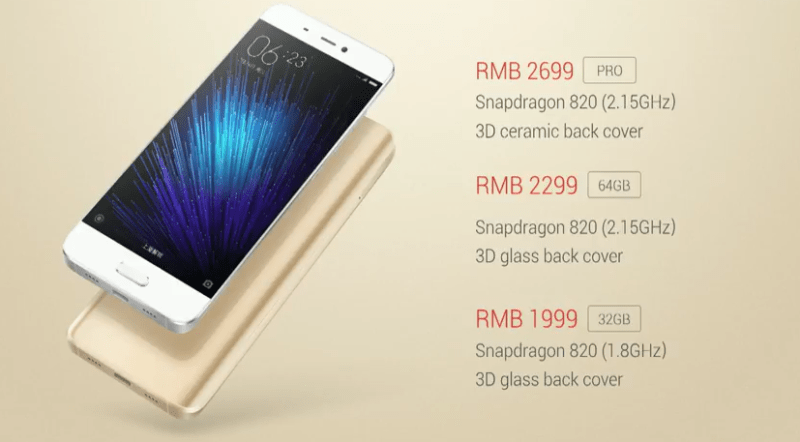 It’s like dangling a golden carrot in front of a money-hungry donkey only to yank it away at the last-minute. Why would a company do this?

Xiaomi garners a lot of column inches in the world’s online media, and deservedly so — it sold 70 million smartphones last year alone, according to Barra, and has built a great company, despite ongoing criticism that it copies Apple’s products. But the company constantly flirts with the global masses.

Though Western markets would offer Xiaomi fresh opportunities, there is little question they would also bring big challenges. Nobody is suggesting for a second which markets Xiaomi should or shouldn’t sell its phones to. But the company’s marketing strategy is odd, and it’s certainly confusing.

After the event at MWC, a spokesperson reaffirmed that Xiaomi still has no plans to launch the smartphone outside of Asia. So that clears that up, then.

*Update 02/24: Xiaomi has confirmed that it has also launched a smartphone in Brazil.