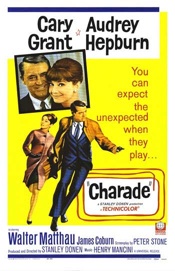 Something about the test to run Google ads on Yahoo search result pages reminds me of the last North Korean election. You know, the one where Kim Jong Il won with 100 percent of the vote. Did anyone really need to sit through the charade to know the outcome?

Yahoo and Google are already talking about expanding the program after “positive results,” according to The Wall Street Journal. The test was supposed to last up to two weeks, it didn’t even make it to one.

The real question is, what game is Yahoo playing? Is it really going to mortgage the future by giving away one of its most valuable properties (ads on the search pages) to a competitor? Or is this simply a ploy to force more money out of Microsoft’s pocket?

It might be unlikely that Google would partake in the latter. Google doesn’t seem like the decoy type, but if forced to pick between Microsoft buying Yahoo for $44.6 billion or having its rival spend closer to $50 billion, I think we all know the choice. Still, this would be a pretty elaborate setup for that to be the outcome.

More likely is that Yahoo is drowning in the rising ocean that is Microsoft’s three-week ultimatum to sell or be taken over (our coverage). Google is the lifeguard that has briefly pulled Yahoo out of the water and started applying CPR (and CPMs) — unfortunately, the tide is likely still rising and Yahoo, on its back, may soon find itself right back in the water.

It’s a nice thought that Yahoo and Google could somehow strike an accord to partner up without actually partnering up (lest they face antitrust violations), but such a scheme would likely have to be very elaborate while still generating enough revenue to make it worth both side’s while.

Google announces its first quarter earnings tomorrow. Yahoo does the same on April 22. Microsoft’s three-week deadline is up on April 26. Things are going to get even more interesting over the next couple of weeks.