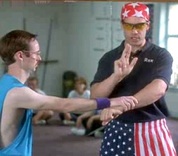 Microsoft is pulling its offer to buy Yahoo and walking away, a source tells CNET [it is now confirmed, update below]. The two sides, which had been in negotiations this weekend hoping for a deal, possibly as early as next week, were apparently still too far away on a compromised purchase price. Microsoft was willing to go as high as $33-a-share, but Yahoo was holding strong for something more along the lines of $37-a-share.

While this difference may not seem like a huge gap, consider that this would represent something along the lines of $5 billion more Microsoft would have to spend. That would be on top of the few billion dollars it was already raising the deal by going to the $33-a-share mark, up from its initial $31-a-share offer.

So there you have it, it’s over — at least for now. Nothing would stop Microsoft from another attempt a few months from now if certain circumstances present themselves, such as Yahoo not being able to hit the numbers it’s projecting for the future. Still, one would have to assume that even with Microsoft out of the picture, Yahoo and Google will forge ahead with their search advertising deal, which should help Yahoo financially in the near term.

While the hostile approach seemed much more likely than Microsoft walking away for much of this, Microsoft is thought to have had serious concerns about integrating Yahoo if it was forced to either replace Yahoo’s board or take the deal directly to shareholders to push it through. It looks like the entire thing just became too big of an ordeal for them.

It will be interesting to see what the fallout is for Microsoft’s chief executive Steve Ballmer, the driving force behind the deal in the first place. Yahoo chief executive Jerry Yang may been seen as saving Yahoo in the short term, but he could very well have face some very tough questions himself, especially if that stock price does not stay somewhere near Microsoft’s offering price. Obviously we’ll all be watching that when the stock market opens on Monday.

update: Microsoft has already issued an announcement on the withdrawal of its offer. Included is Steve Ballmer’s letter to Jerry Yang.

The rationale behind not going hostile is that Microsoft felt Yahoo would take actions that would significantly devalue the company before a takeover could be completed. This could have been the “scorched Earth” strategy where Yahoo would liquidate some of its valuable assets prior to the takeover, or the “poison pill” approach in which Yahoo would have flooded the market with more shares of its stock, making it much more expensive for Microsoft to buy them up. Netscape and Ning co-founder Marc Andreessen had more on this in a post last week.

In the end, the two sides were about $5 billion apart. This represents the $4-a-share gap mentioned above.

The full letter below:

Dear Jerry:
After over three months, we have reached the conclusion of the process regarding a possible combination of Microsoft and Yahoo!.

I first want to convey my personal thanks to you, your management team, and Yahoo!’s Board of Directors for your consideration of our proposal. I appreciate the time and attention all of you have given to this matter, and I especially appreciate the time that you have invested personally. I feel that our discussions this week have been particularly useful, providing me for the first time with real clarity on what is and is not possible.

I am disappointed that Yahoo! has not moved towards accepting our offer. I first called you with our offer on January 31 because I believed that a combination of our two companies would have created real value for our respective shareholders and would have provided consumers, publishers, and advertisers with greater innovation and choice in the marketplace. Our decision to offer a 62 percent premium at that time reflected the strength of these convictions.

In our conversations this week, we conveyed our willingness to raise our offer to $33.00 per share, reflecting again our belief in this collective opportunity. This increase would have added approximately another $5 billion of value to your shareholders, compared to the current value of our initial offer. It also would have reflected a premium of over 70 percent compared to the price at which your stock closed on January 31. Yet it has proven insufficient, as your final position insisted on Microsoft paying yet another $5 billion or more, or at least another $4 per share above our $33.00 offer.

Also, after giving this week’s conversations further thought, it is clear to me that it is not sensible for Microsoft to take our offer directly to your shareholders. This approach would necessarily involve a protracted proxy contest and eventually an exchange offer. Our discussions with you have led us to conclude that, in the interim, you would take steps that would make Yahoo! undesirable as an acquisition for Microsoft.

We regard with particular concern your apparent planning to respond to a “hostile” bid by pursuing a new arrangement that would involve or lead to the outsourcing to Google of key paid Internet search terms offered by Yahoo! today. In our view, such an arrangement with the dominant search provider would make an acquisition of Yahoo! undesirable to us for a number of reasons:

Accordingly, your apparent plan to pursue such an arrangement in the event of a proxy contest or exchange offer leads me to the firm decision not to pursue such a path. Instead, I hereby formally withdraw Microsoft’s proposal to acquire Yahoo!.

We will move forward and will continue to innovate and grow our business at Microsoft with the talented team we have in place and potentially through strategic transactions with other business partners.

I still believe even today that our offer remains the only alternative put forward that provides your stockholders full and fair value for their shares. By failing to reach an agreement with us, you and your stockholders have left significant value on the table.

But clearly a deal is not to be.

Thank you again for the time we have spent together discussing this.

update 2: TechCrunch has the full letter from Ballmer to Microsoft employees. Basic gist? We’ll be fine going forward without Yahoo. A pretty obvious thing to say to your troops, but is it true?

“I am incredibly proud of the way our team has come together over the last three months. This process has underscored our unique and valuable strategic position. With the distraction of Microsoft’s unsolicited proposal now behind us, we will be able to focus all of our energies on executing the most important transition in our history so that we can maximize our potential to the benefit of our shareholders, employees, partners and users.”

[photo and title both from Fox Searchlight’s Napoleon Dynamite]