update 2/12: The acquisition price has been confirmed at $160 million.

Yahoo is buying a broadband television distribution company called Maven Networks, for $150 million, according to Techcrunch and for between $160 million and $170 million according to NewTeeVee.

If true, Maven will be a promising new way for Yahoo to sell more online video ads that run on large media companies’ videos.

Maven hosts videos for large media companies, then offers ways to syndicate videos, including video ads, online to other web sites well as high-definition downloads — at a tenth of the cost of rival formats, it claims. There are many such companies, meaning the market was crowded and the company sold for a relatively low amount, as WatchMojo points out.

The Boston-based company’s services are already used by Fox News, Gannett, Hearst, Sony BMG, Univision, TV Guide, The Financial Times and a long list of other big clients. Maven is now another reason for these companies to work with Yahoo for online video distribution, and online video advertising, instead of buying their own technology or working with a rival (such as Google or Microsoft).

Large media companies like Maven’s clients are trying to figure out how to distribute and make money on their large stashes of videos, as their television audiences stagnate. The sentiment in the media industry, as we heard from several executives at yesterday’s OnMediaNYC closing panel, was that they don’t care whether revenue comes from their sales teams or outside parties — outside parties like Yahoo, that has its own ad network. “Do you join [the tech companies] or beat them? Beating them is not an option, ” said Alisa Bowen, SVP at Reuters. 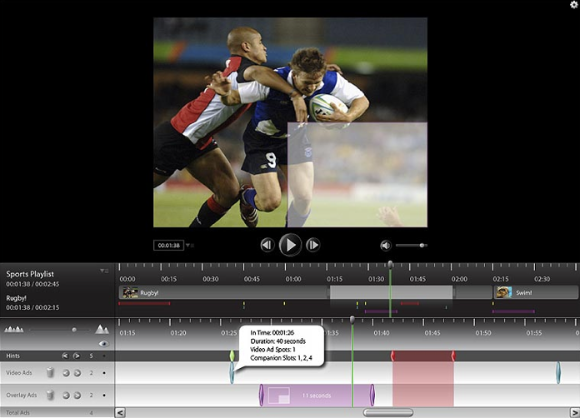 Meanwhile, Maven is growing at a “breakneck pace quarter to quarter,” co-founder Hilmi Ozguc told NewTeeVee last fall. “Media companies have needs but they don’t have technology experience. It is rocket science, it’s difficult, and that’s what we’re very good at.”

Maven’s content management system was “designed for millions of video assets, millions of video transactions happening simultaneously,” Ozguc told Broadcasting Cable last fall in reference to the company’s deal with Fox. “[Maven] can handle anything from a few sites to hundreds, if not thousands, of sites that are simultaneously pulling video from Fox News, distributing it to a very large audience — both Fox’s own, as well as their affiliates.”

Of course, Yahoo is also a content creator that in some sense competes with these large media companies. “Some of [our media] brands will say “our content is great,” said Caroline Little, CEO and Publisher of The Washington Post and Newsweek Interactive, at the conference yesterday. “And I say, have you looked at Yahoo? It’s pretty good [content] too.” For more VentureBeat coverage of trends online advertising, see Julie Ruvolo’s post from yesterday.