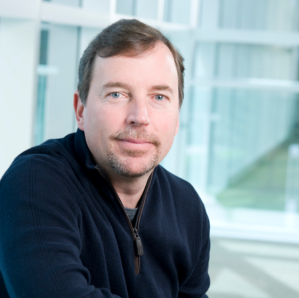 Yahoo fired its long-time CEO Carol Bartz in September after board members decided she wasn’t pushing the company forward. Yahoo CFO Tim Morse has been acting as interim CEO since then while the company boosted its efforts to find a replacement.

Along with becoming the company’s new CEO, Thompson will join Yahoo’s board of directors.

Yahoo has suffered from a lack of leadership and stability, which is something Thompson should be able to add. During his time at PayPal, he led the company from an ambitious electronic payments platform to an industry leader.

Thompson’s appointment also signals that the company isn’t ready to sell itself off to a competitor, as many people have been speculating due to Yahoo’s poor performance. Last week, Yahoo officially indicated that it was interested in selling off its Asian assets to boost the company’s stock price.

We’re pasting more from the official release below. Check back shortly for a more through report.

Thompson served most recently as President of PayPal, a division of eBay, where he continued his established track record of growing businesses by driving customer engagement built on strong technology platforms. Under his leadership, PayPal solidified its lead as the global online payment service, expanding its user base from 50 million to more than 104 million active users in 190 countries worldwide, increasing the number of merchant partners to more than 8 million globally, and growing revenues from $1.8 billion to $4+ billion in 2011.

“Scott brings to Yahoo ! a proven record of building on a solid foundation of existing assets and resources to reignite innovation and drive growth, precisely the formula we need at Yahoo!,” said Roy Bostock , Chairman of the Yahoo ! Board. “His deep understanding of online businesses combined with his team building and operational capabilities will restore the energy, focus, and momentum necessary to grow the core business and deliver increased value for our shareholders. The search committee and the entire Board concluded that he is the right leader to return the core business to a path of robust growth and industry-leading innovation.”

“Yahoo! is an industry icon and I am very excited about the prospect of working with one of the great teams in the online world to deliver Yahoo!’s next era of success,” Mr. Thompson said. “Yahoo! has a rich history and a solid foundation to build on, and its continued user engagement is one of the many reasons for my enthusiasm. With the ultimate goal of delivering the value our shareholders expect, my immediate focus will be on getting to know the entire team and hearing more from all Yahoo!s, working closely with the engineers and product teams, and diving deeply into our products and services to learn more about what our more than 700 million users find most engaging and useful. I will also be working directly with our region leaders and sales teams globally to get a clearer understanding of the needs of our advertisers and publishers. Clearly, speed is important but we will attack both the opportunity ahead and the competitive challenges with an appropriate balance of urgency and thoughtfulness. I cannot wait to get started.”

“Scott’s primary focus will be on the core business, and as CEO and director, he will work closely with the Board as we continue the strategic review process to identify the best approaches for the Company and its shareholders. As part of this process, Yahoo ! is considering a wide range of opportunities for the Company’s business, as well as specific investments or dispositions of assets,” added Bostock.