A high-ranking executive at Yahoo is being sued by an ex-employee on charges of sexual harassment, reports the San Jose Mercury News Friday afternoon.

The complainant, Nan Shi, was working as a software designer at Yahoo, and says she was repeatedly coerced by Zhang into having “oral and digital sex.” Shi says she was terminated after she later refused Zhang’s advances.

The lawsuit is the latest in a string of such cases in the tech community over the past few months, although it is the first we know of to involve a female executive. Tinder chief executive Sean Rad was hit with a sexual harassment and sex discrimination lawsuit by a former VP of marketing at the company. GitHub CEO Tom Preston-Werner stepped down after claims that he sexually harassed an employee. Urban Airship’s Scott Kveton took an “extended leave of absence” after allegations arose that he raped an ex-girlfriend.

Shi’s attorney told the Mercury News that Zhang and Shi came to Yahoo after the software giant bought the Seattle mobile software company where both women worked.

Shi moved into Yahoo temporary housing (under orders from Zhang, she says), and Zhang soon moved in with her, the attorney said. It was then that the alleged harassment took place. 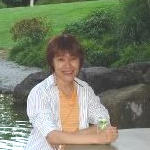 “While staying with Plaintiff, Zhang coerced Plaintiff to have oral and digital sex with her on multiple occasions against her will, even after Plaintiff told her she did not want to have sex,” the complaint alleges.

“Zhang told Plaintiff she would have a bright future at Yahoo if she had sex with her. She also stated she could take away everything from her including her job, stocks, and future if she did not do what she wanted.”

“I was in a deep sleep one morning, sleeping on the sofa because she had taken my bed, when she came in without clothes on, crawled into my blanket, and woke me up, hugging me, kissing my face and neck,” Shi said. “I woke up and got scared; I was shocked. I said, what are you doing? She said she’d liked me a long time, but I didn’t’ feel the same toward her. I said come on, we’re friends; I love you as a person, but not as a lover.”

A Yahoo spokesperson said “There is absolutely no basis or truth to the allegations against Maria Zhang. Maria is an exemplary Yahoo executive and we intend to fight vigorously to clear her name.”