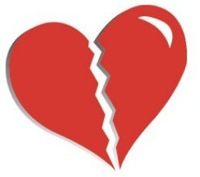 Yahoo and Google have submitted a revised version of their search advertising deal, which is currently on hold as it undergoes scrutiny from the U.S. Department of Justice. The new proposal is reportedly scaled back to assuage antitrust concerns, but it’s not clear if that will satisfy the DOJ — and that would be bad news for both companies, especially Yahoo.

The Wall Street Journal first reported the news, which has since been confirmed by a source to The New York Times. The two key changes appear to be limiting Yahoo’s money from the deal to 25 percent of its search advertising revenue, and shortening the agreement from 10 years to two.

Under the deal, Google will supply ads to Yahoo’s search pages. Regulators are worried that this could give Google, which already dominates the online ad market, something approaching a monopoly. It would certainly be a coup for the search advertising giant if the deal goes through, but if the Justice Department blocks it, Yahoo will suffer the bigger blow. During its first year, the deal was projected to bring Yahoo between $250 million and $450 million. With declining ad revenues pummeling Yahoo’s bottom line, that probably isn’t money Yahoo can afford to lose.