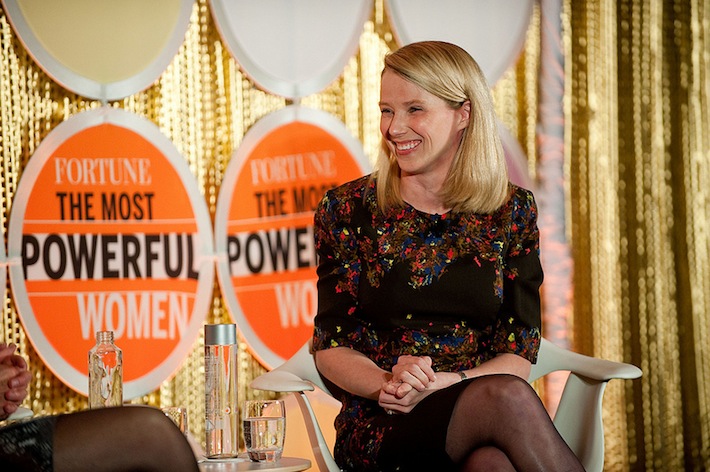 Everyone with a baby bump at Yahoo is smiling a little wider today. This morning, Marissa Mayer extended maternity leave by a whopping eight weeks.

Yahoo announced the new benefit this morning a few months after telling employees that they could no longer work from home. The total paid maternity leave available for mothers is 16 weeks and eight weeks for dads. If you foster, adopt, or have a child by surrogacy, you’re awarded eight weeks of paid leave.

Yahoo will also give new parents $500 to put toward baby stuff — a benefit, it seems, directly taken from Google.

Mayer is attempting to turn around company that was recently marred by slipping significance and executive-level turmoil. When she first came on board, many people pointed out that she was a product-driven, hands-on kind of CEO, one that could not only organize Yahoo and make it run more efficiently but could also look at what company had to offer.

She began this by cutting off Yahoo’s work-from-home policy, a controversial move. People felt she was getting rid of a Silicon Valley staple — the capability to work productively in the environment that suits you best. But after months of silence, Mayer recently spoke out about her decision, saying that while she understands that productivity may suffer, for her it’s more about the brainstorming that happens when people are together as a team. Yahoo’s products before Mayer were obviously not doing the company much good. She doesn’t need people to keep working on them; she needs people to come together to make them better.

But Mayer obviously understands the need for me-time. Even if you haven’t just brought life into the world. The company also announced that if you’ve been at Yahoo for more than five years, you too get eight weeks to do whatever it is that makes you feel awesome. This, too, is likely in the name of sending employees out to get refreshed and recharged before heading back into the insane Silicon Valley work world.