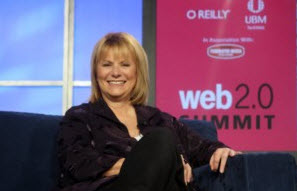 Struggling Web portal Yahoo may cut up to 650 jobs, or 5 percent of its workforce, as early as Tuesday, according to the New York Times.

The layoffs come as the company struggles to reduce costs and grow revenues in its online advertising business. A spokeswoman at Yahoo, based in Sunnyvale, Calif., declined to comment to the New York Times, which cited sources with knowledge of the situation.

Yahoo’s product units are expected to take a lot of the hit. The group designs and builds consumer services, largely supported by advertising, and is run by Blake Irving, a former Microsoft executive.

At the end of October, Yahoo had 14,100 employees. Carol Bartz, the tough-talking chief executive at Yahoo, has been trying to reinvigorate Yahoo. But she is still continuously hit with questions such as “What is Yahoo?” as posted by Web 2.0 Summit host John Battelle. Bartz replied at the event in November that Yahoo’s focused on five areas: “content, communications, media, technology and innovation.” How any company can compete in five distinct areas of business is a little vague, and that’s part of why the stock hasn’t been doing that well. Investors feel that Yahoo is treading water while rivals such as Google and Facebook are racing ahead in growth.

Under Bartz, Yahoo has exited search and is relying upon Microsoft for its search engine and related ad system. It remains a large player in display advertising, serving something on the order of 18 billion ads per day.