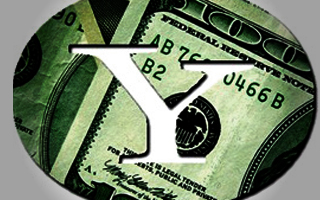 Oh, how the mighty have fallen: Yahoo is selling back most of its shares in Asian powerhouses Alibaba and SoftBank. It’s even losing Yahoo Japan.

According to reports various publications, including the Wall Street Journal, the Yahoo board has decided to sell back the majority of its assets in the China- and Japan-based Internet companies and to focus on its struggling operations in the United States instead.

Currently, Yahoo holds a massive 40 percent stake in Alibaba, a stronghold in Chinese e-commerce, as well as a 35 percent stake in Yahoo Japan and 40 percent in SoftBank. After the negotiations are complete, Yahoo will control 15 percent of Alibaba Group’s shares and none of SoftBank’s.

For all its Asian assets, Yahoo can expect to collect $17 billion to $18 billion, according to the Journal’s anonymous sources.

The deal comes at a somewhat tense time in Yahoo’s history, especially with regard to Alibaba. In October, Alibaba Group CEO Jack Ma publicly stated that he wanted to buy Yahoo, lock, stock and barrel. The unsolicited, informal bid hasn’t turned into an acquisition yet, but Ma & Co. did start rounding-up funds to buy back the Alibaba stock held by Yahoo.

But in light of the company’s falling revenues (which were down 24 percent year-over-year due to a search deal with Microsoft) and its trouble finding a replacement for former CEO Carol Bartz, it’s probably wise for Yahoo’s board to narrow its scope down to the essentials at home in the States.