[Update: Last night, AllThingsD — usually a reliable source on Yahoo stories — reported that Microsoft would give Yahoo 110% of the ad revenue it collected by selling ads against its Bing search engine on Yahoo sites. Instead, the official press release on the deal says Microsoft will give Yahoo 88% for the first five years of the deal. Our original and wrong post is below.]

Yahoo’s ten-year search deal with Microsoft is pretty much a giveaway by Microsoft in order to grab a larger share of the Internet for Bing, Microsoft’s “decision engine” that it claims isn’t a Google-style search engine. For the first two years of the deal, Microsoft will pay Yahoo 110% of the revenue it takes in serving ads on Yahoo’s websites. Yahoo will separately sell premium ad deals for both companies.

The math-defying detail was reported last night by AllThingsD editor Kara Swisher, who also claimed her sources said that after two years, Yahoo’s take would drop to 90 percent. Microsoft won’t make an up-front payment to Yahoo, though. 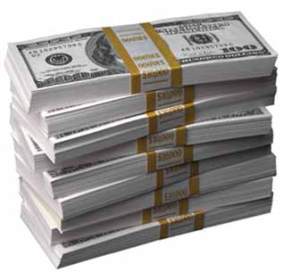