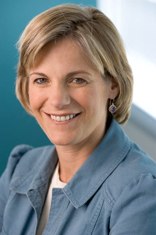 After news leaked out earlier today that former Autodesk chief executive Carol Bartz will be Yahoo’s new chief executive, the company confirmed it via a press release — and added that president and erstwhile chief executive candidate Sue Decker (pictured) is resigning. So it’s the end of an unhappy era at Yahoo, maybe.

The usual niceties about Decker’s departure, in the press release:

Yahoo! also announced that President Sue Decker has informed the Board that she will resign after remaining with the Company for a transitional period. Bostock said, “The Board thanks Sue for her service as President, the important contributions she has made to Yahoo!’s development in a variety of roles over the past 8-1/2 years, and her willingness to work with Carol Bartz to ensure a smooth transition. We respect her decision to move on to other challenges and wish her only the best.”

Meanwhile, Bartz held a quick conference call earlier today with reporters and analysts. Yahoo-obsessed reporter Kara Swisher took notes, and concluded that Bartz may be the person for the difficult job of reforming Yahoo’s bloated corporate culture and making it an innovation leader.

Oh, BoomTown likes Carol Bartz as Yahoo CEO already. In Yahoo’s conference call this afternoon, she has already lectured everyone to give Yahoo some “friggin’ breathing room” and also noted that the company “frankly, could use a little management.”