Yahoo is rumored to be in talks to buy a large stake in France Telecom-owned video site Dailymotion.

Negotiations may involve Yahoo purchasing as much as 75 percent of Dailymotion in a deal that could be worth up to $300 million, according to a Wall Street Journal report. A Yahoo spokesperson declined comment to VentureBeat about the talks. We’ve reached out to Dailymotion for further confirmation and will update this post as soon as we hear back. 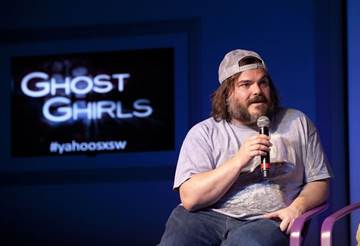 Over the last few months Yahoo’s executive team, led by new CEO Marissa Mayer, has made a conscious effort to frame the company as focused on technology/web services rather than the media/tech hybrid that was often used to describe it in the past. However, that doesn’t mean media isn’t a part of its overall strategy, part of which includes making strategic acquisitions. Right now, Yahoo does have a fair amount of exclusive, original video content, including the recently announced web series Ghost Ghirls featuring Jack Black.

If true and the talks are successful, Yahoo’s purchase of Dailymotion would be Mayer’s first big deal since joining the company.

Dailymotion is the world’s second largest user-generated video site behind Google’s YouTube. It has over 12 million monthly visitors and 2.5 billion monthly views, according to comScore. The company has been profitable since 2010 and saw a 55 percent profit growth in 2012 (although it declined to share the exact financial figures). The site also has a program partnering with creators to produce original video content for the site, which is similar to what YouTube is attempting to do with it’s premium channel partners.