YCombinator, the Silicon Valley start-up incubator, launched its ninth class of companies today. Here is the initial list of companies. (Some are in stealth and we’ll report on them later in the year as they launch.):

FlightCaster: Predicts flight delays up to six hours before airline notifications (pictured right). The team of 11 uses algorithms incorporating weather reports, earlier flights and FAA notifications to predict when flights will arrive. The company plans to focus on consumers at first and help companies track their corporate passengers. Later on, the plan is to offer the service to airlines that want to improve their customer relationships. 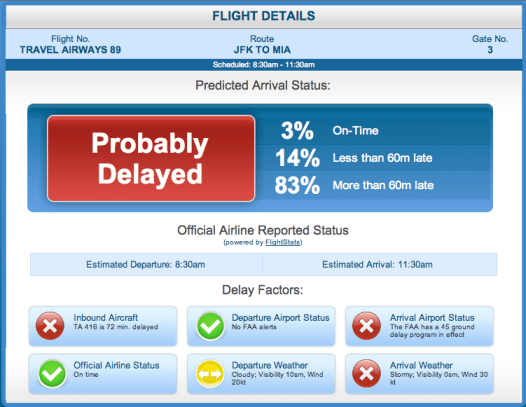 RethinkDB: This company offers a database engine that’s designed for solid-state drives, which use flash memory chips and are several times faster than traditional hard drives relying on rotating disks or platters to store data. RethinkDB says databases today are slower because they are designed for that older generation of hard drives. They optimize for high-seek latency, or how long it takes for a rotational drive’s platter to move, which costs valuable time.

DailyBooth: This start-up is a “Twitter for pictures.” Instead of using 140 characters to describe what you’re doing at the moment, you snap a picture instead. The site has rapidly become popular among teenagers, who use it to take pictures at least once a day and round up comments from followers. Founder Jon Wheatley says the site has zoomed past 3 million unique visitors a month. 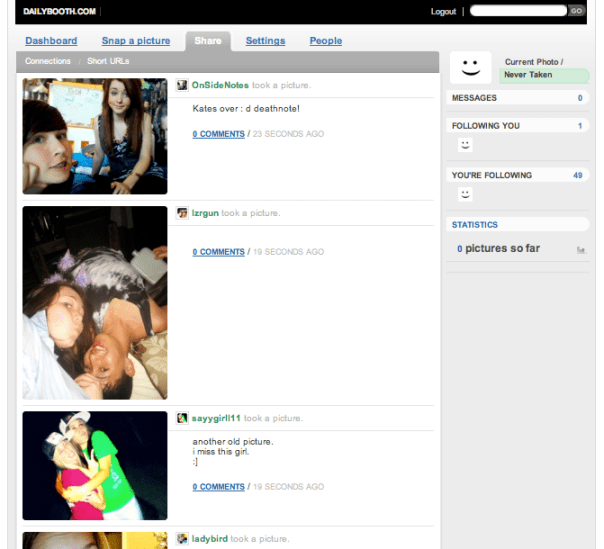 JobPic: Have secret yodeling skills you want to teach? JobPic is a marketplace where service providers auction off what they can do. It’s kind of similar to Elance or Odesk, but what makes it different is that sellers can suggest services instead of leaving all the power to buyers to define what the market demands. 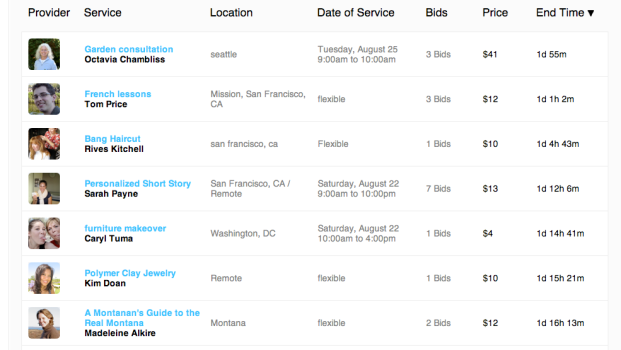 Mixpanel: Any developer that’s creating applications for Facebook, the iPhone or other platforms probably wants to keep track of how their users are engaged with their work, whether that’s convincing consumers to buy goods or battle zombies. Mixpanel is a real-time analytics platform that tracks how users work with these applications. The developers can define whatever actions they want to track by inserting Mixpanel’s script into specific places in their code. Mixpanel targets that middle-market of developers who might find Google Analytics too basic and high-end services like Omniture too expensive. 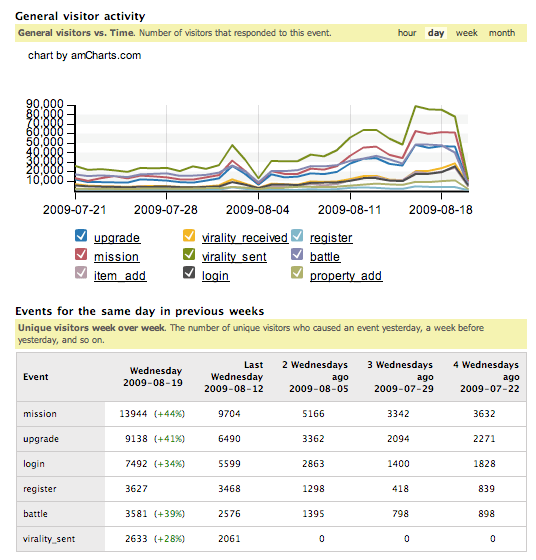 JobSpice: Making resumes are a pain. You have one format for print, for which you’ve used the same Microsoft Word template for years. Then converting it to PDF is another hassle. And then if you want to send it online, you have to worry about messing up the formatting. JobSpice is an online tool that pledges to solve that by giving you pre-made or user-generated templates that work both online and offline. JobSpice prompts you for the basic information like your address and work history and formats it into the template of your choice. The company plans on partnering with university career services or working with companies who want a more unified application process. 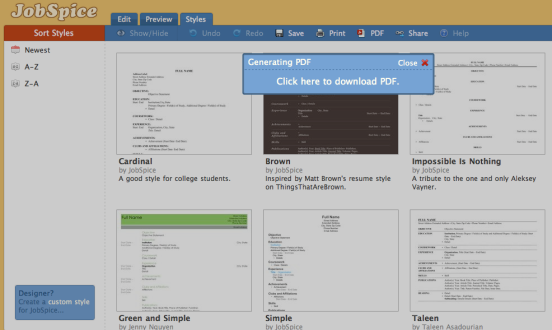 HighlightCam: This start-up takes long videos and automatically condenses them to the most interesting parts. Founder Michael J.T. O’Kelly, an MIT physics Ph.D. student developed the product because he and his wife wanted to see what their pet rabbits were up to while they were gone. O’Kelly and his partner Mike Katsevman are hoping to target mommy bloggers who want to keep tabs on their babies, the security camera market and content providers with large video collections that need highlight reels of their libraries. The company has a free version and a premium product that costs $8.99 per month. Their software works by giving each frame in a video two ratings: one for motion and another for audio. If there are sudden changes in the frame’s composition or sound, it will highlight them.

Olark: This company has created a chat widget to make it easier for visitors to engage with the business behind a Web site. Users will stop by a Web site and see a chat prompt hovering in the corner, asking them to communicate with business if they want. For example, a real estate agent might want to make it dead-simple for a homeowner to contact them. Instead of digging out the real estate agent’s contact information, they can type into the floating chat prompt and reach the business owner if they’re available on the other end. Olark works seamlessly with a number of chat clients including GTalk, iChat and AIM.

Bump Technologies: This company got a bit of viral attention earlier this year when it launched an iPhone app that let you share contact information just by bumping your phone against another one. Bump Technologies, however, has far more in mind than just sharing contact details. Founders David Lieb, Andy Huibers and Jake Mintz see it as a platform for sharing content like your favorite music and as a ubiquitous standard for physical interactions between mobile devices.

RentHop: This site tries to outdo Craigslist in the apartment rental market with more specific search features and a function that lets you schedule showings. You can narrow down your search by specifying how many bedrooms you want or your price range. There’s also a drag-and-drop feature for limiting your search to a particular area on a map. The site has multiple payment structures. It can charge by listing or by actual conversions, meaning when the site helps a landlord finalize a deal with a tenant. The site is already profitable: it’s made close to $15,000 in its first 30 days.

FanChatter: This start-up tries to bridge the gap between big-name brands and their consumers through social media. The company focuses on sporting events, concerts and conferences. They’ve designed marketing promotions like a user-generated photo campaign for the Minnesota Twins. Fans e-mailed photos in from their mobile phones to appear on the scoreboard during a real game. FanChatter then turned that around, creating online galleries that fans could turn around and share on social networks. They’ve also supported Twitter chat boxes on sporting Web sites.

Scoreboard Photo Sharing powered by FanChatter from FanChatter on Vimeo.

Listia: This company is trying to be the eBay of free stuff. It’s a site where you can give away belongings that are too nice to throw away but too much of a hassle to try and sell. Listia is a place where you can auction off these goods, and either keep the proceeds or donate them to charity. Prospective buyers bid on goods with Listia credits, which they can purchase outright or earn by referring friends or auctioning other items. 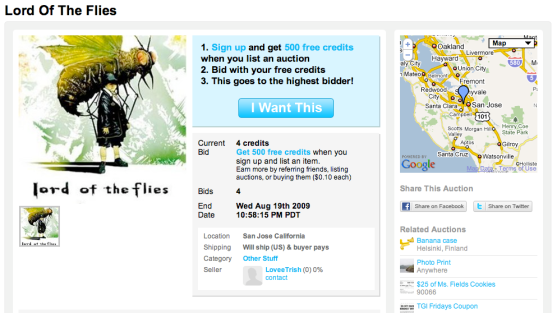 Directed Edge: This start-up is trying to get past search as a way to find content that’s meaningful to users. Directed Edge sees itself as a real-time recommendations engine fueling product, social application and ad suggestions. The company has a number of potential product lines. It works with online retailers, analyzing consumer purchasing and product ratings data to recommend goods to customers.