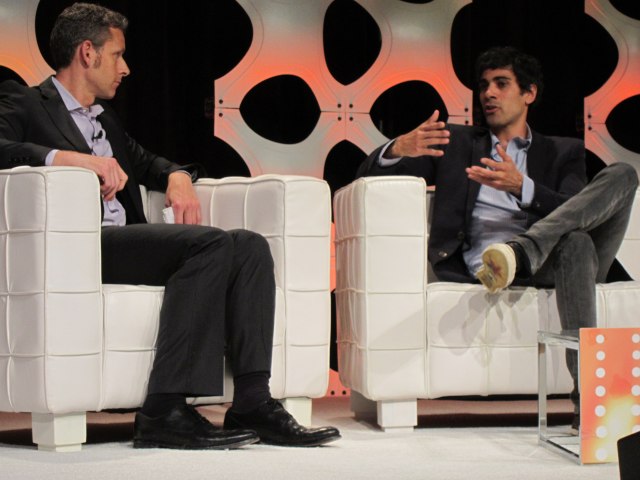 For Yelp, the present — and future — are all about mobile.

When the local-business recommendation site started in 2004, mobile devices were on the founders’ minds, but the technology wasn’t there yet to provide a satisfying user experience. Then Apple launched the iPhone in 2007 and followed up the next year by opening up the iTunes App Store.

“In 2008, it was like an atomic bomb went off,” said cofounder and CEO Jeremy Stoppelman. “You could finally have a phone that could get your location.”

Yelp built an app and got it listed in the Apple App store, and it made a huge difference to the company. The site has 54 million monthly unique users, he said. On the app, it has 4.5 million users monthly, but those customers drive 35% of the company’s search traffic.

“It fundamentally changed our business,” Stoppelman said, speaking onstage today at the MobileBeat 2011 conference in San Francisco. “That user on mobile is clearly more valuable and has a tighter relationship with Yelp,” Stoppelman said.

“Because the money’s so easy,” he joked.

More seriously, Stoppelman said he saw a fit between what Yelp does well — aggregate reviews of local businesses — and providing targeted deals.

“What Groupon is trying to do, in a way, is provide a Yelp-like experience. And what better way to provide you with deals [than] when you’re in the moment?”

And in the wake of successful initial public offerings from web 2.0 companies like Pandora and LinkedIn, plus the upcoming Groupon IPO, Stoppelman clearly has a plan to go public soon.

“We’re venture backed. We’re going to go public,” he said, adding that the company hasn’t yet selected bankers or set a date, but that it would likely go public within the next year or two.

Photo of Matt Marshall and Jeremy Stoppelman by Devindra Hardawar/VentureBeat.