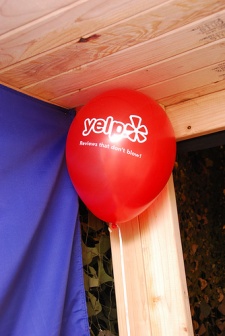 Famed review website Yelp filed for a $100 million initial public offering today, according to a filing with the Securities and Exchange Commission.

The company has not been shy about its plans to IPO. Indeed, it even stated so at VentureBeat’s MobileBeat conference this year. Chief executive officer Jeremy Stoppelman said, “We’re venture backed. We’re going to go public.”

The company began getting its IPO ducks in row with the late July hiring of Yelp chief financial officer Rob Krolik. Over the last two weeks, the company brought on its bankers, solidifying plans completely.

The filing states the company’s proposed maximum aggregate price is $100 million. In the first nine months of 2011, Yelp raked in $58.4 million in net revenue. That’s nearly $26 million more than it’s reported $32.5 million in the first nine months of 2010. The company earns money through local advertising, brand advertising along with other forms such as revenue from Yelp Deals, which the company recently scaled back to improve efficiency. The company also has revenue sharing agreements with OpenTable and Orbitz.