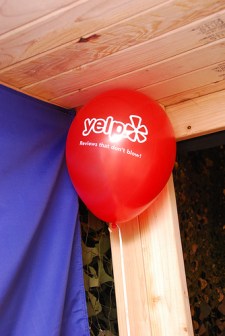 ‘Tis the season for Internet company IPOs. Veteran local business review site Yelp has signed on bankers Goldman Sachs and Citigroup to lead its initial public offering at a valuation between $1 and $2 billion, the Wall Street Journal is reporting.

Yelp could file with the SEC to become a publicly traded company as soon as early 2012, according to the Journal’s sources.

Yelp, founded in 2004, lets users post restaurant and venue reviews. The San Francisco-based company has raised $56 million in funding to date, has 800 employees and makes money through on-site advertising.

In September, Yelp CEO Jeremy Stoppelman indicated that the company was interested in going public — and soon. At the time, Yelp was attracting more than 62 million unique monthly visitors, and members were said to be adding 1 million new reviews to the site each month.

Yelp joins a batch of internet startups anxious to put their value in the hands of investors and shareholders. LinkedIn led the pack with a stock market debut in May. Deals juggernaut Groupon followed suit last week, and social gaming company Zynga may file its papers after the Thanksgiving holiday.