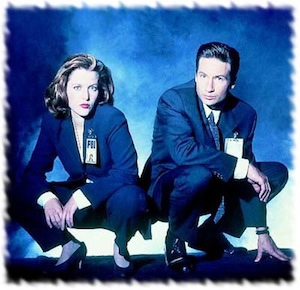 Chris Yeh is an angel investor and the vice president of marketing at PBworks. This column was originally published on his blog in response to TechCrunch’s report about a conspiracy among “super angel” investors.

I have a confession to make.

There is an angel conspiracy.

It dark, it is devious, and it is far-reaching.

The conspirators number amongst them many of the top people in the Valley, including angels, VCs, lawyers, and yes, even journalists.

We have joined together despite our differences and conflicts for a single, sinister, self-interested purpose.

To get your attention.

Words may lie. Deceptions abound. But the money trail leads inevitably and inexorably to the truth.

And the truth is that we’ve all conspired together in the rise of the superangels for our own selfish reasons.

The motivation on the part of the superangels should be fairly transparent to all — the more attention they get, the more they benefit, both in terms of dealflow and the ability to raise funds from limited partners.

Don’t think its a coincidence that the increased focus on angels was followed almost immediately by many of those same angels raising small venture funds.

The motivation on the part of VCs is a little subtler; the supposed Superangel vs. VC conflict (which I freely admit I played a part in promoting) provides cover for the fact that for the most part, angel investing activity helps venture capital by creating more companies that will eventually require VC investments.

The increase in funding and company formation also helps entrepreneurs (who have access to more capital) and service providers (who have more potential customers).

Finally, some of the most eager participants have been the journalists. As the old saying goes, “If it bleeds, it leads.” Nothing generates pageviews like conflict and scandal. TechCrunch has been profiting from these manufactured kerfuffles more than anyone. TechCrunch was the first to promote the superangels; now it’s the first to turn on them.

Yet the part about this conspiracy that should scare you the most is that even this backlash is all part of the master plan.

What could generate more pageviews than tantalizing rumors of a shadowy conspiracy? Heck, what is this essay but yet another blatant attempt to capitalize on the American public’s never-ending appetite for TMZ-like scandal?

In the end, the claims of a superangel conspiracy don’t pass the Deep Throat test. TechCrunch reported that 10 prominent superangels met in San Francisco to collude in driving down valuations, shutting out VCs and new angels, and quashing the use of convertible notes.

Mike Arrington stirred up the controversy (masterfully, I might add–I admire the work of a true virtuoso!) by using some key buzzwords: Collusion (and its hint of corrupt, smoke-filled rooms), and saying that the group accounted for “nearly 100% of early stage startup deals in Silicon Valley.”

The truth is, both of these claims are laughable.

Even if the top 10 superangels wanted to collude (and knowing many of the folks who might appear on such a list, I doubt that any of them would participate in something they felt unethical), they lack the market power to do so.

When Major League Baseball’s owners colluded on player salaries in the 1980s, it was easy for them to maintain control of the cartel since they had a monopoly, and only needed to control the actions of the 24 different owners.

Superangels simply don’t have that kind of power.

Let’s assume that each of the 10 alleged conspirators possessed a $50 million fund (which I guarantee is not the case). That’s $500 million in total funds. Assuming those investments were spread over 5 years, that’s $100 million per year in investments.

If the conspirators contributed $500,000 to the average seed round, that’s still only 200 deals per year.

The Small Business Administration estimates that there are about 500,000 angel investors in the United States, and that they invest about $20 billion per year.

The alleged conspirators only represent 0.5 percent of the annual angel investing activity in the United States.

Even if we assume that Silicon Valley seed rounds only account for 10 percent of angel investing in the US, the pot controlled by the alleged conspirators only represents 5 percent of the local market.

I’m not saying that angels don’t wish that valuations are lower (I certainly do). But there simply is no way that such a conspiracy could be effective, given the economics of the market.

As Deep Throat would say, “Follow the money.” And in this case, the money leads to one inevitable conclusion: We are all part of the superangel conspiracy.