Keep it small, move to the Valley, and reap big returns.

That’s the philosophy of venture capitalist Yoav Leitersdorf and his three-member team at YL Ventures. The Israeli-born Leitersdorf talent spots promising software-as-a-service, big data, and security startups in Israel, typically invests $2 million to $3 million per company at the early stage, and then moves them to the Valley to grow.

Leitersdorf’s distinct strategy is paying off. YL keeps its portfolio’s small, typically six startups per fund. Its launched its first fund, over $10 million, in 2007. The second fund, which closed last summer, is bigger at $27 million. As they say in Israeli tech circles, you haven’t made it anywhere unless you make it big in Silicon Valley. 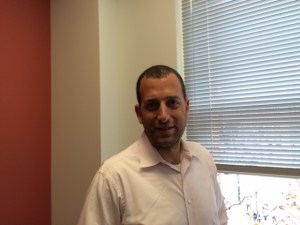 YL Ventures only brings its startups to the Valley after these companies have secured paying customers in the U.S. That way, he said, the companies hit the ground running with ready access to more capital, if necessary, and a bigger potential client base. Indeed, 85 percent of his companies’ revenues derive from U.S.-based customers.

“As soon as we have a client, we begin the process of moving them here,” he said. “You have to bring the CEO here, get them established, and then begin capturing the U.S. market.”

Clicktale, a SaaS analytic play that enables customers to observe how people interact on those companies’ websites, is a prime example. Clicktale raised $17 million in venture cash (and $600,000 from YL Ventures in 2007). YL Ventures sold its percentage last year to Amadeus Capital Partners for a rumored $12 million. YL’s take was 1,900 percent of what it invested.

“We made 20 times our investment in that company. We keep it small for a reason. It doesn’t work if it’s bigger because you have to do more investments per fund, bigger check sizes, which we don’t want to do,” he said.

The second major payout came in 2011, when YL Ventures co-funded AcceloWeb, a content delivery network (CDN), sold to Limelight Networks for an undisclosed sum. Leitersdorf said the returns on AcceloWeb’s sale were excellent.

With the increase this year of cyber-breaches targeting America’s biggest banks and retailers, like Target, JPMorgan, and Home Depot, Leitersdorf has recognized the need for security solutions that actively focus outside the moat to spot possible problems before malware breaches the enterprise.

YL Ventures is nothing if not cautious. Indeed, it has invested only $6 million of their second fund’s $27 million so far. Its headquarters are in Marin County, Calif., but partner Ofer Schreiber nevertheless has remained in Israel, where he’s tasked with talent spotting promising startups. Leitersdorf hews to his self-devised maxim “that 80 percent of due diligence is who you invest in.”

“Silicon Valley is where it’s at. This is where great things happen, and the Valley is important for growth,” he said.