“Is there a better way to finish off a great year of mobile tools than by releasing another?” Facebooker James Pearce aked today on the company blog.

Oh ho ho, Pearce – we think not! What’s up your sleeve this time?

“Today we’re thrilled to be releasing Origami, a toolkit for Quartz Composer that allows designers to build and prototype mobile interactions faster than ever,” he writes.

WHAT DOES IT ALL MEAN?

Origami changes all that, allowing you to create interaction flows and animations for mobile user interfaces.

All this means Facebook has made a way for you to build interactive mobile app prototypes without writing a single line of code.

We’re usually skeptical of tools like these, but we tend to give Facebook a little more credit in these matters given the high quality of the company’s previously released open-source projects.

To use Origami, you need to be a registered Mac developer and download Quartz as well as Origami 1.0.

Here’s a look at Origami in action; you can click the image to see a full-size version: 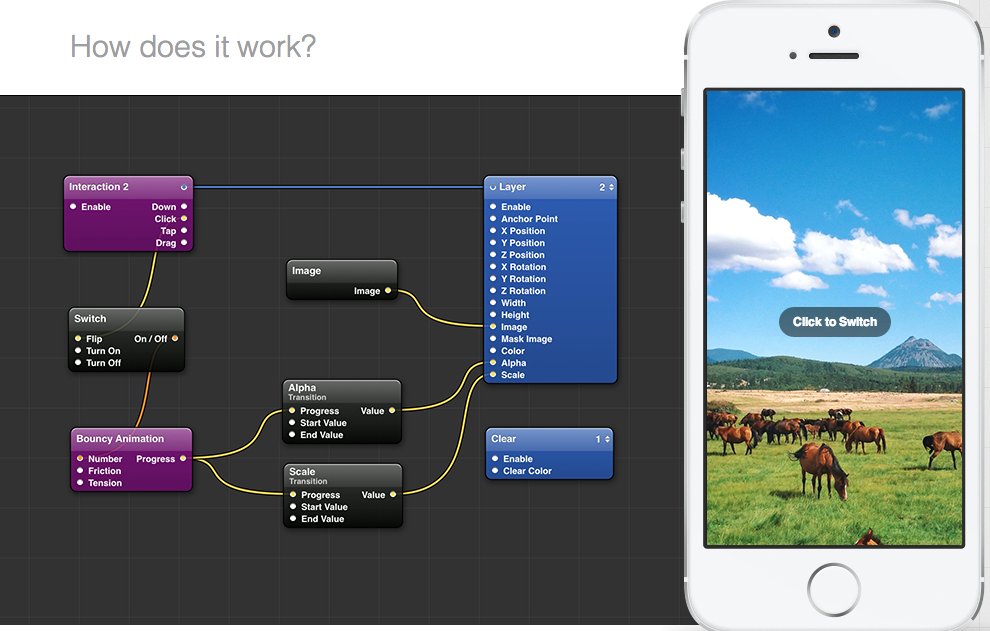 You can also check out Facebook’s other open-source projects from 2013.