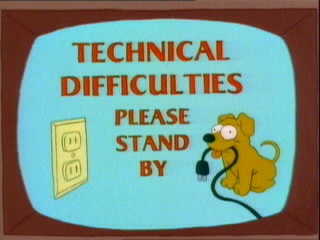 Unless you’re the most diligent worker on the planet, you’ve probably seen that Facebook has had an outage for most of the afternoon. The site appears to be up right now, at least for me, but its availability has been erratic (it’s about 2pm Pacific as I write this).

When I emailed Facebook for an update, I got the following response: “We’re currently experiencing some site issues causing Facebook to be slow or unavailable for some users. We are working to resolve this issue as quickly as possible.”

Unlike Twitter, which experienced frequent outages in its early days and again this summer during the World Cup, Facebook has appeared much more reliable. Today, however, you could see signs of its failure all over the Internet — not just on the Facebook site itself, but also on any site using Facebook’s “like” buttons. On VentureBeat, for example, we actually removed our Facebook buttons because they were slowing down the site too much. (In case you missed it, I’ve got a screenshot of VentureBeat’s error message below.) And just as Twitter users take to Facebook to complain when Twitter goes down, phrases like “DNS failure” (which was one of the error messages on Facebook) and “Facebook Isnt (sic) Working” quickly took over the trending topics board on Twitter.

Last year, when Google went down for a few hours, the outage caused a huge dip in traffic for many websites. As Facebook connects to more and more of the Web, its technical problems could have equally widespread effects.