Mobile app monetization firm YouAppi says app retargeting and reengagement campaigns can create a 70% improvement in the number of users coming back, particularly for ecommerce apps.

That’s important for app marketers to know, with 77 days to go in the holiday selling season (yes, I suppose ecommerce people are thinking about that already). 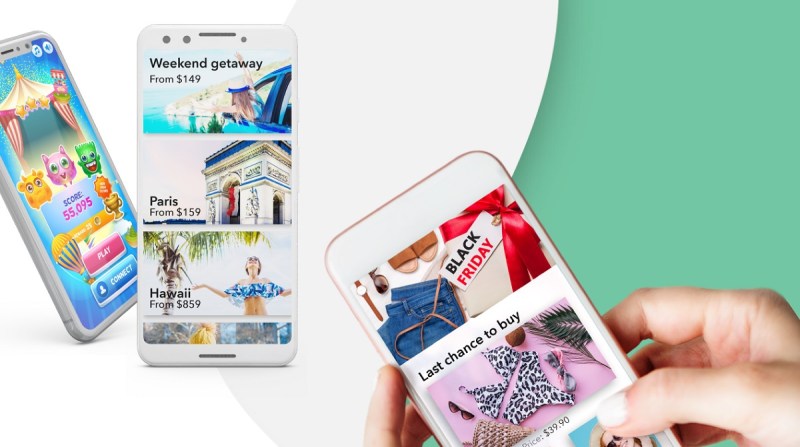 Above: YouAppi is retargeting and reengaging to get app users back.

At YouAppi, app retargeting refers to targeting users who installed an app but didn’t proceed to make a purchase, while reengagement is designed for formerly active users who have become dormant. To target existing app users, the test group was shown native or static banner or video ads while the control group wasn’t shown any ad, with 80% of users in the test group and 20% in the control group.

The company says its app retargeting and reengagement technology is able to match the right app ad to the right user based on its proprietary machine learning algorithms and custom audience builder, with real-time data processing and granular segmentation that utilizes insights acquired from post-install event analysis.

According to YouAppi’s data analysis, the specific user groups targeted included those who recently installed apps but made no purchases, those who abandoned products in their shopping cart, and those who had previously made purchases.

The test group users, who saw one of several app retargeting or reengagement ads served via programmatic bidding, converted 70% more than the control group, resulting in an average order size of twice as much.

Another interesting metric was that ads with holiday-focused creative generated a 30% greater conversion rate than ads without.

“With most users in the U.S., Canada, Europe, and Asia already accessing the mobile web via smartphones, the critical marketing battle for all but new apps is to retain users,” said Meiry Vaknin, vice president of strategic partnerships at YouAppi, in a statement. “Based on three years of research into app retention marketing, we’re seeing app retargeting and reengagement campaigns that bring never active and inactive users to active and continuous app usage and significant revenue growth for apps.”

“Twelve years after the launch of the first iPhone, we’re entering the maturation phase of mobile apps,” said Vaknin. “This means that app retargeting and reengagement are increasingly the more important marketing activity. That’s why YouAppi began growing our retention-focused team and focusing on retargeting and reengagement technology three years ago, and now our clients are benefitting from our efforts.”

San Francisco-based YouAppi was founded in 2011 and now has more than 100 employees. Rivals include Remerge, Jampp, and Liftoff. To date, the company has raised $18.1 million from Hawk Ventures, Global Brain, Click Ventures, Digital Future, Emery Capital, and Altair Capital, as well as existing investors Glilot Capital Partners, 2B Angels, and Flint Capital and private investors.