(Editor’s note: Dharmesh Shah is a serial software entrepreneur and the founder and CTO of HubSpot, which provides marketing software for small businesses. This column originally appeared on his blog. ) 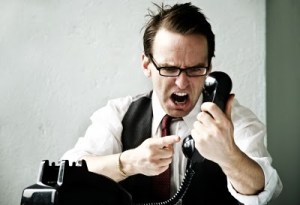 Now, imagine that same meeting with one important change:  One of your smart, savvy, customers is at the table.  And, she has an actual voice.  She’s a peer. She makes arguments, some of which are wrong and misguided, just like you and the rest of your team.  If the customer were there, I think you’d have better meetings.

Practically speaking, you probably can’t actually put a customer in all your meetings.  If that’s the case, you should act as if she’s there.  Pretend like she’s sitting in the room.  In the past, I’ve actually designated an empty chair in the meeting as being where the customer is, and looking in that direction while asking “what does the customer have to say?” (yes, I’m weird).

When you’re trying to make an important decision, and you’re sort of divided on the issue, ask yourself:  If the customer were here, what would she say? You don’t actually have to do everything she says, but it’s useful to at least factor in her point of view.

Now, you might argue that you’re already factoring in customers in all of your decision-making.  I’d argue that you’re wrong.  You’re making decisions all the time where the customer’s voice is either absent or too weak.  Just think back on the last five debates you had, and the decisions you made.  Perhaps it was a pricing decision, or a funding decision, or an office space decision.  Did the customer really have a voice?  Was it as loud as everyone else’s?  Probably not.

Imagine if you were running a hospital.  You’d have operations, and finance and marketing and all sorts of other groups.  In your big hospital meeting, you might think that the doctors represented the patient’s interest (because they are looking to solve the patient’s problem), but if you’ve ever been a patient, you know that’s not the same thing.

Finally, you might have the most insidious set of fears of all:

All of these are simply not true.  Your customers are not ignorant, selfish, control-freaks. Of course, there’s a distribution curve at work here.  You might rightfully argue that some of your customers manifest one or more of these attributes.  But, that misses the point.

Don’t visualize those customers at meetings.  Visualize the smart, savvy and benevolent customer that wants you to succeed and has no intention of running your company.  You have some of those customers.  And if you don’t, go get some.

That kind of customer is exceptionally useful.  They feel pain with your product that you’re likely not going to feel.  They can empathize with your other customers in a way that you can’t.  And, in the long term, even though they may not have as loud of a voice or be able to debate as passionately as you, they have a decent chance of being right.

Imagine if you were keeping meeting minutes from these meetings and noted her side of the story and her “vote”.  If you looked back a year or two later, you might say something like “Hey, you know what, in that meeting, she was right.  We would have been better off if we had just listened to her.”  Maybe you and your team are way more insightful than average, but I’ve found myself in this spot many times.

So, the next time you do have a big decision to make, try giving your customer a seat at the table. You might make a better decision.