Surviving the Consumer Electronics Show is no picnic. Veterans will walk miles and miles of exhibits next week at the 2016 International CES. Newcomers, on the other hand, will be lucky to escape Las Vegas with minimal nightmares and hangovers.

This year, the survival tips are a lot different because there are going to be a ton of bag restrictions and entrance searches, mainly because of the renewed threat of terrorism from the attacks in Paris and San Bernardino, California. Security is extra tight. Sadly, I won’t be able to wheel around my backpack on my signature roller (which my coworkers have dubbed my secret weapon in years past). These tips for the show are fresh, but some of them mirror the advice I’ve given in years past.

The show opens on Monday, Jan. 4 (yes, a day later than usual) for the 6,000 or so press attending the show, but the 2.4 million square feet of exhibits will open at 10 am Wednesday, Jan. 6. I think I’ve been to 20 of these shows (I’ve lost count) and there’s something new and crazy about every one of them. VentureBeat writers Stephen Kleckner, Harrison Weber, Fletcher Babb, and Heather Newman will join me there next week. Here’s my advice for newcomers and veterans alike.

Gary Shapiro, chief executive of the organization newly renamed Consumer Technology Association, told us in October that we’re going to see a lot of 4K and 8K TVs, drones, wearables, augmented reality, virtual reality, robots, smart cars, health and wellness gadgets, and 3D printers. Hopefully, but not likely, security tech will be integrated into everything. It’s going to be a hassle seeing all that stuff because about 150,000 people will be trying to do the same thing. (Last year, there were 176,000, but Shapiro said they’re trying to contain the audience this year).

I like to go because it’s a bellwether for the tech economy and a place where companies have to appear if they want to be perceived as cool. There will likely be more than 3,000 exhibitors, including 900 that have Internet of Things products. With the advent of the Internet of Things and car electronics, we will have to get accustomed to the notion that the $1 trillion-plus tech industry has infiltrated everything.

Apple doesn’t attend the show, but just about every other tech giant does. On a good day, when you can stand above the fray and see things clearly, you can glimpse the maneuvering and chess games taking place among the platform owners, which these days include companies like Google, Microsoft, Amazon, Sony, Samsung, Intel, Qualcomm, Lenovo, HP, IBM, Cisco, Huawei, Ford, Mercedes, and Audi. CES is where you’ll find the powers that be. 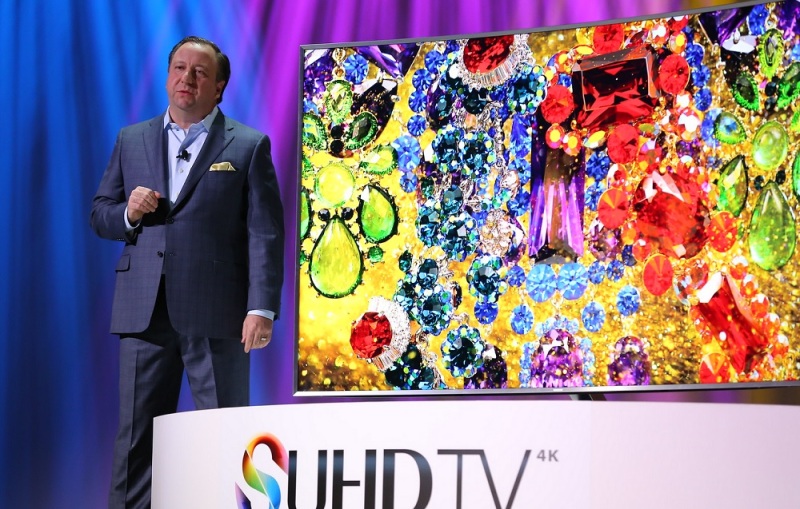 Some of these tips are recycled from past years, but the new baggage rules are going to be tricky. You’ll have to travel lighter than ever. This year, the CTA intends to search bags at the entrances to the show floor due to “recent global tragedies.” These kinds of restrictions haven’t happened since 9/11. You can only have two bags at most, and they have to be smaller than a large FedEx box, or 12 inches by 17 inches by 6 inches.

Everyone will be subject to metal detector screening and body pat-downs. Bag checking is going to be very limited, so leave your luggage at your hotel. Full-size backpacks won’t be allowed. You need a CES badge and a government photo ID. If you can, you should pick up your badge at the airport or at one of the participating hotels.

As noted, there are no rolling bags allowed. This is disastrous for me and anybody who has back problems or likes to carry a lot of extra batteries and other electronics. (Media are not subject to the two-bag limit or size restrictions, but they will be subject to search.)

On your crowded flights, try to travel light. Check in your baggage if you don’t have to get anywhere fast. Be prepared for long cab lines or rental car check-in lines. (We’ll see how new services like Uber and Lyft fare under the pressure of CES.) Bring your comfortable shoes, and try not to stay out too late at the parties. If the parties are what you care about, check out the Karennet party list. Many of them are invite-only. Remember to get swap phone numbers with the people you are meeting with. Put the drive and eating times into your calendar.

Smartphone reception is better than it used to be, but it’s still probably prone to interference. Text message is probably a decent way to communicate with coworkers. We always seek out the Wi-Fi havens in the press rooms or wherever we can find them. But carry a MiFi or activate a personal hotspot if you can; even hotel Internet connections are likely to be stressed to the limit during the show. If you’re responsible for uploading video, good luck with that.

Pack enough business cards. If you’re exhibiting, wear your company brand on your shirt. Try very hard to keep from losing your phone, maybe by sealing it in your zippered pocket.

Schedule your appointments in locations that are near each other. Arrive early for keynotes because the lines are long. Drink lots of water. Get some sleep. You really don’t have to party every night. Don’t miss your flight on the way out. Pack up a bunch of snacks early on and try not to get stuck in morning or lunch lines. Take a good camera because what happens in Vegas … gets shared on the Internet.

Above: The Consumer Electronics Show, in all its glory

Monday: Lots of embargoed news will break Sunday through Tuesday as tech companies try to steal each other’s thunder and catch some early buzz. The Consumer Technology Association analysts will open a press-only event with sales stats and trend forecasts for 2016. The event officially kicks off in the afternoon with a press-only CES Unveiled reception, where scores of companies that have won innovation awards will be first to show off. You’ll start seeing posts about cool stuff at that party on Monday evening. Nvidia will have a press conference at 6 p.m.

Tuesday: Press Day at CES will have press conferences galore, starting with FitBit at 7:30 a.m. at the Mandalay Bay through to Sony at the Las Vegas Convention Center at 5 p.m. These events are closed to non-press attendees. The companies staging press conferences have changed over the years. In 2016 they include Bosch, Monster, Sharp, Panasonic, Dish Network, Qualcomm, Toyota, Huawei, Hisense, Samsung, ZTE, and Kia. We’ll be writing posts live during many of the press events for the bigger companies. I’m not sure just yet which companies plan to livestream their events.

Almost all of the major car makers show up now to display their cool car products, which this year will likely include self-driving cars. Yes, CES has become a car show. Also, more of the Chinese electronics companies are trying to establish a foothold at CES as they move into the U.S. market.

Intel’s Brian Krzanich will give the opening keynote again at 6:30 p.m. At the keynote, Shapiro will welcome the early crowd at the sprawling Palazzo ballroom at the Venetian Hotel. That’s the post that former Microsoft bosses Bill Gates and Steve Ballmer used to host. Herbert Diess, chairman of Volkswagen, will give a keynote at the Cosmopolitan hotel later in the evening. Pepcom will close the day with one of many huge product showcases at its invite-only Digital Experience party at the Mirage.

Wednesday: The show floor formally opens in Tech East — aka the Las Vegas Convention Center and World Trade Center, the Westgate Las Vegas, and the Renaissance Las Vegas. My colleagues will walk the show floor. Netflix CEO Reed Hastings will give a morning keynote at the Venetian. General Motors CEO Mary Barra will deliver the afternoon keynote. We’ll catch more product unveilings at the invite-only Showstoppers Party at the Wynn Hotel.

The Tech West area includes the Sands Expo, The Venetian, the Palazzo, Wynn Las Vegas, and Encore at Wynn. Tech South, which includes the Aria, Cosmopolitan, and Vdara hotels, is host to C Space activities.

When the show ends at 6 p.m., there’s a mad rush for the taxi line, the shuttle buses to major hotels, the parking garages, and the monorail. Try not to get stuck in gigantic traffic jams out on the Las Vegas Strip and anywhere else near the main convention center.

Thursday: If you’re still up for hearing talks, some of the “super sessions” will still be happening on topics like the Internet of Things, entrepreneurship, digital and physical connections, and global innovation.

Friday: I’m taking off a little early this year, flying out on this morning. I suspect a lot of people will be doing so, so watch out for the stampede.

Saturday: If you hate crowds, this may be the day to show up. The VB crew will be gone by this point, and we will be home contemplating our picks for the top CES trends, the best products and services, and awesome images from the show. But the show floor will be open from 9 a.m. to 4 p.m.