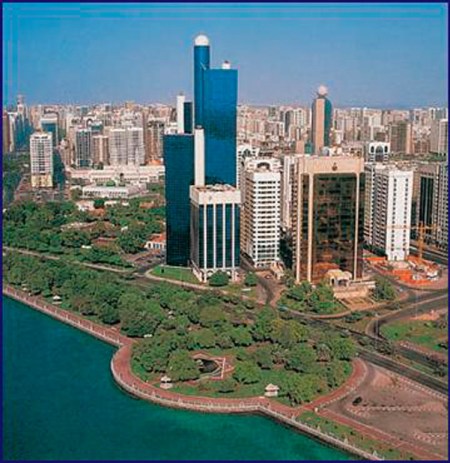 The government of Abu Dhabi has doubled down on its investments in the chip industry in a new deal valued at $5.6 billion. Today the Middle Eastern city’s government said it has agreed to buy contract chip manufacturer Chartered Semiconductor for $2.5 billion in cash, plus debt assumption. That’s just after it acquired a big stake in Globalfoundries, the manufacturing arm of Advanced Micro Devices.

Abu Dhabi, the second-largest city in the United Arab Emirates, owns Advanced Technology Investment Corp., which will take on Chartered and combine it with Globalfoundries. ATIC is paying $1.86 a share, or a 14 percent premium on the average price for the last 30 days, for Singapore-based Chartered.

This shows that chip manufacturing is becoming the chess game of global giants. There are fewer and fewer companies that can afford the multibillion dollar investments in chip factories to keep up with the likes of Intel, IBM, Taiwan Semiconductor Manufacturing Co. and United Microelectronics. Chartered was one of the big contract manufacturers, known as foundries, making chips for all sorts of devices including Microsoft’s Xbox 360 game console.

In a statement, Chartered said that Temasek Holdings Pte, Singapore’s state investment firm and owner of about 62 percent of Chartered Semiconductor’s shares, went along with the deal. Globalfoundries chief executive officer Doug Grose will become CEO of the combined company while Chartered Semiconductor CEO Chia Song Hwee will be chief operating officer.

It will be interesting to see how this affects AMD’s ability to compete with Intel. Both of those companies compete in the race to design the fastest microprocessors. But manufacturing technology and factory capacity matter as well. AMD has traditionally lagged far behind Intel in this respect, and that has limited AMD’s ability to gain market share. But ATIC will now allow AMD, through Globalfoundries, to make bigger investments in manufacturing and get better access to advanced manufacturing technology.

One thing that helps a lot: Both Chartered and Globalfoundries license advanced manufacturing technology from IBM. Their chipmaking processes are not so different. That means it might be possible to make a chip that is designed for one factory in the other company’s factory.