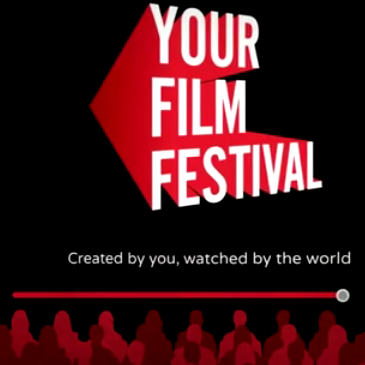 The new Your Film Fest channel is part of  YouTube’s strategy to boost the amount of premium original videos available on the site — and making it more than just a place to watch funny cat videos and viral content. In October, YouTube committed $100 million on channel partnerships to ensure that this strategy succeeds. Some of these channel partnerships include Madonna’s DanceOn, World Wrestling Entertainment’s Fan Nation, and exclusive bits from the Onion News Network. More recently, YouTube forged deals to bring a variety of news-related channels to the site from partners like Reuters, Young Hollywood and Penske Media-Ion TV.

As part of the partnership, YouTube users from around the globe are invited to submit short, story-driven videos (up to 15 minutes in length) to a Your Film Festival contest. In June 2012, members of Scott’s TV/film production company Scott Free Productions will then select 50 semi-finalist videos, which users will then vote on. The top 10 most voted videos will screen at the Venice Film Festival. The person responsible for the winning entry gets a $500,000 production grant to work with the Scott Free team on a new project.

The Your Film Fest channel will feature the 50 semi-finalist entries from the contest. Those entries will include a variety of story-driven videos, including live action shorts, animation shorts, documentaries, web-series episodes, or TV pilots.

The idea behind YouTube’s Your Film Fest channel is extremely smart. YouTube is motivating people to create original story-driven content by offering them a large audience and a foot in the door to the film industry (via a job working with Scott’s production company, which is credited with making several hit TV shows and feature-length films). If the channel’s video contest proves successful, YouTube could definitely establish itself as a place for indie film makers. YouTube also has the potential to steal some attention away from video upload site competitor Vimeo.

We’ve embedded YouTube’s contest pitch below. Let us know in the comments if you plan on entering and any other thoughts about the new channel.