With End Screens, creators can include small overlays during the last 20 seconds of a video that prompt viewers to subscribe to their channel, watch another video, and more.

It’s worth noting here that YouTube has offered a similar tool called annotations since 2008, one it has iterated on and improved in the years since, and which was capable of creating something similar to what End Screens promises. However, these weren’t compatible with mobile screens — a problem given that more than half of YouTube’s traffic emanates from mobile devices. Moreover, End Screens are also easier to create, according to YouTube product manager Muli Salem’s blog post. 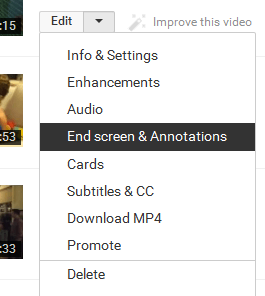 The new tool also seems a lot like YouTube’s previously announced interactive cards feature, which the Google-owned video giant had indicated would eventually replace Annotations altogether. But given that YouTube was actively soliciting feedback on cards when it launched 18 months ago, this led me to believe that today’s news represented the official launch of the cards product — with a new name. A quick peek inside the Creator Studio, however, reveals that End Screen and Annotations are bundled together, and Cards remain as a separate item.

We’ve reached out to YouTube to seek clarification on how it intends Cards and End Screens to work together, given they are so similar — there are some differences between the two tools, but instinctively it makes sense to roll them into a single product.

How to create an End Screen 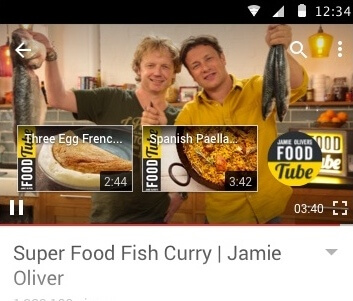 End Screens can be configured to display from the last 5-20 seconds, and the viewing device must a PC / Mac-based browser, Android, iOS, and the mobile web on iPads only. The overlays won’t show up on YouTube’s separate apps, including YouTube Music and YouTube Kids.

In terms of what creators are allowed to promote, well, YouTube permits additional videos and video playlists, and this can be configured so that the most recently uploaded video is always featured. Alternatively, creators can leave this entirely up to YouTube’s algorithms to decide. Additionally, it’s possible to ask viewers to subscribe to a channel, promote another channel (e.g. an affiliate or partner), and link to a website, merchandise store, or crowdfunding campaign.

Given that YouTube already offers Annotations separately, End Screens won’t work on videos that already have annotations included. So basically, you’ll have to unpublish the video in its current form during the process of adding End Screens.

In the top-right of your account hit “Creator Studio,” and in the left-hand menu click “Video Manager” and “Videos,” then choose the relevant video and select “Edit.” In the top tab, you’ll see the “End Screen” option which allows you to add up to four elements — this could be four new videos, or 2 videos, a crowdfunding campaign, and a channel-subscription prompt … you get the picture.