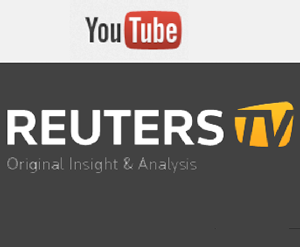 To help boost the quality and amount of original programming available, YouTube is launching a handful of new premium news-related channels to its site, which includes two celebrity and entertainment channels and an offering from Reuters.

As for the Reuters channel, it will offer 10 original shows that should bring plenty of exclusive video and attention to YouTube. The new programs include:

The focus on spending money to obtain exclusive video content with a focus on news seems like a smart move for YouTube. News is more frequent than scripted content and producing exclusive pieces can generate a significant amount of traffic. Even if YouTube fails to bring in more people to its overall network of premium channels, the new news-focused channel partnerships should (at the very least) pay for themselves.