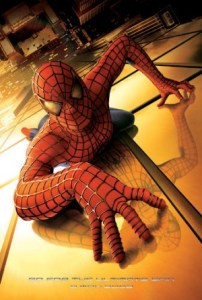 Short-form video site YouTube and Sony Pictures are rumored to be in negotiations for a new content deal. Sources close to the talks have told CNet the agreement could make full-length films like Sony Pictures’ “Spider-Man” and the 1998 remake “Godzilla” available for free on YouTube.

Although YouTube has ruled the roost in short-form online video, the site has always been light on full-length content. After its 2006 purchase by Google, YouTube became the go-to destination for short-form video because of its high traffic and self-imposed ten minute limit for videos. And it wasn’t until the middle of 2008 that the company started experimenting with full-length television shows from its new stable of content partners.

Even though this news is still just rumor (both companies declined to comment), it seems likely given YouTube’s track record. YouTube has been demonized by movie and television studios alike, but the relatively young video site has been working to turn that impression around.

In 2008 the company partnered with CBS and MGM to bring content to the site (MGM mainly contributed trailers and clips, though). And just last week Disney penned a similar deal. In addition to licensed content deals, YouTube has also been working on finding ways to generate ad revenue for itself and content partners.

Will that be enough to rope in a film industry giant like Sony Pictures? It seems likely. Hulu’s traffic has proven that ad-supported, long-form content can work on the web. Even with YouTube’s bumpy history with copyright infringement, its recent in-roads with content providers, staggering traffic numbers, and overall ubiquity make it an ideal destination for Sony’s online video efforts.