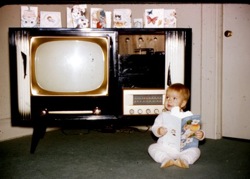 Google-owned video site YouTube continues to expand beyond the amateur and pirated content that its known for, with an announcement today that it’s becoming more welcoming to licensed, professional content, with a new channel for watching TV shows, a revamped channel for movies, and an expansion of its program for ads that run during the videos.

Basically, it’s starting to sound a lot more like Hulu, the online video venture of NBC Universal and Fox, where you can watch many popular television shows (and some movies) with commercials inserted during the standard commercial breaks. The new YouTube pages will include content from CBS, MGM, Lionsgate, Starz, the BBC, Sony-owned video site Crackle, and unnamed others, totaling “thousands of television episodes and hundreds of movies.” That’s not a lot, and MediaMemo’s Peter Kafka says the site will be further hampered because most of the content will be older, rather than new movies and first-run television shows.

We’ve complained about similar limitations in Netflix’s Watch Instantly online video service, but at least YouTube isn’t being too grandiose in its announcement, describing it as a “first step, a baby step.” The nice thing for YouTube is that it gets plenty of eyeballs, so it’s not a huge missed opportunity if those premium content areas are weak at first — it’s not like people will abandon YouTube. And as those parts of the site get better, more and more of YouTube’s many visitors will start gravitating towards them.

This announcement comes just a week after YouTube confirmed long-standing rumors by announcing a deal with Universal to create a standalone music video site called VEVO. These moves to create areas dedicated to professional content, rather than mixing that content with amateur videos, are supposed to be key if YouTube if it wants to bring up its ad rates. Even though Google reported “decent” earnings for the first quarter of this year, YouTube is still seen as a bit of an albatross for the search giant, because of the video site’s difficulty in bringing in revenue.

As mentioned, Google is also announcing the beta testing of its Google TV Ads Online program, which allows advertisers to run their ads during the commercials of online TV shows. 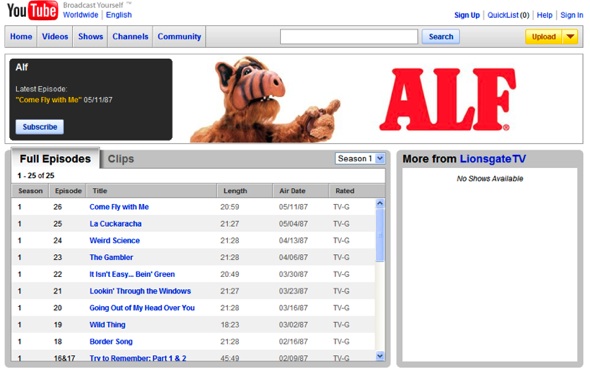