Yvolver is launching a new service that makes it easier for game developers to offer VIP treatment to their loyal customers. 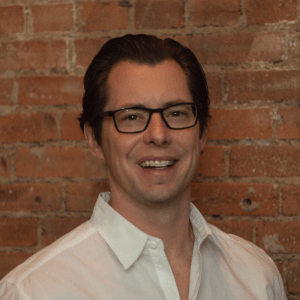 Above: Steve Nix, CEO of Yvolver

The Yvolver Network is a platform that automates the process of operating VIP events and offering achievements to loyal mobile game players. The service — aimed at helping developers engage, monetize and create relationships with their most valuable players — is one of many new offerings debuting at the Game Developers Conference 2015 in San Francisco this week.

Dallas-based Yvolver believes it knows how to create the best loyalty programs, partly because of the experience of one of its advisors, loyalty rewards guru Hal Brierley, who helped create loyalty programs like AAdvantage, Hilton Honors, and GameStop Power Up Rewards.

The technology grants mobile game players VIP status based on their in-game behavior; it then awards both prizes and additional tailored activities as the players earn higher levels of VIP status. The Yvolver Network VIP status transfers across all games on the platform, so a player’s activity cumulatively builds VIP benefits across titles over time. This gives developers more insights into the behavior of their players and how to reward them.

“Our Yvolver Network and VIP products are the natural evolution of the innovative technology and services we debuted last year,” says Yvolver CEO Steve Nix. “They represent the next step in our mission to bring the absolute best engagement and monetization tools to developers both large and small.”

Yvolver also offers its SmartAd mobile advertising solution, which targets tailored ad campaigns at particular players. It limits or removes ads altogether for the VIP players who don’t want an interrupted experience. That increases both monetization and engagement, with no out-of-pocket costs.

During its test period, Yvolver said it found that average in-app purchase (IAP) revenue per user rose by more than 18 percent where users had access to the VIP Events & Achievements program, with similar lifts seen for both average revenue per daily active user (ARPDAU) and average revenue per paying user (ARPPU). Yvolver said that its SmartAd program has shown as much as a 100-percent lift on in-game advertising revenue.

One mobile publisher using Yvolver is Japan’s Square Enix, which has integrated Yvolver into Mini Ninjas on iOS. In such a game, developers decide how to implement the VIP system. Players are notified of their increasing VIP rank progress as they play the game and make purchases, said Cory Lewis, cofounder at Yvolver, in an email. At any time, players can press the “Rewards” button to view custom VIP events that are specially crafted for their specific VIP status level. Completing these events help to increase VIP rank in addition to rewarding players with prizes — often digital in-game items, entries in a monthly sweepstakes, or even physical prizes should the developer wish to reward high-tier VIPs with something extra special. Their VIP status is carried across the entire Yvolver Network.

“We’ve uncovered a strong market need for a scalable, easy-to-implement and customizable status system offering rewards to mobile gamers. So, we’ve dedicated the past two years to building this groundbreaking technology that we are now proudly launching,” says Nix. “No other company brings a full-service solution to developers similar to what Yvolver offers.”

Yvolver is also launching a developer web portal today. Yvolver was founded in 2013. Brierley has designed more than 175 loyalty programs over three decades at his Brierley+Partners consulting firm.