The new Zelda game is incredible, and it is also complicated. Breath of the Wild has interlocking systems that enable you to do some incredible things, but you may find yourself overwhelmed when you start. And I’m here to help.

Before we get into it, a piece of advice: Don’t sell the loot you collect unless you’re sure you don’t need it. You can sell the items you craft, like food or elixirs, but you will have a use for just about anything in your inventory. And you don’t want to sell all your Ancient Shafts only to find out you need them an hour later.

Your weapons are going to break. Get used to it.

Early on, the weapons you find and take from other creatures seem like they are made from balsa wood and built by a blacksmith who hates their job. It’s common for a new spear or sword to crumble after just three fights.

You can get frustrated with this, or you can accept it. The tip here is that you should use this as an opportunity to experiment with different kinds of weapons. And you should also try to hang on to at least one strong weapon in case you come across a more powerful enemy. The strength of the weapon is the number in the box on the inventory screen, and you can tell if a weapon is more or less durable than normal by reading the flavor text on the inventory screen.

Beyond that, just know that you’ll start regularly getting awesome weapons later on.

How to spot active Guardians and then kill them

The camera also has another use. You can point it at the dilapidated Guardians, and the camera will tell you if it’s going to suddenly come to life and attack you. 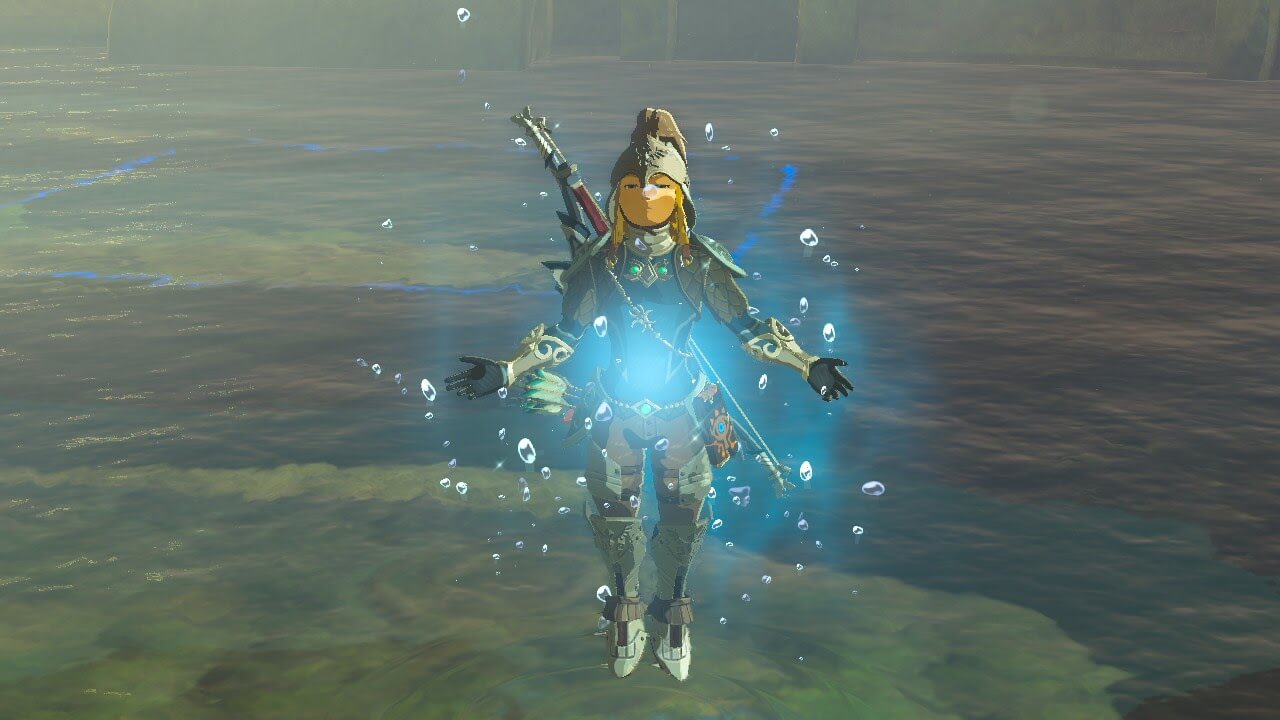 Above: Come at me!

When you do get into combat with a Guardian, you’ll likely have a tough time beating them. Here’s a couple of tricks:

How to climb in the rain

Climbing in the rain is just not really an option for a lot of the game. Typically, you’re best off finding a dry alcove to start a fire so you can pass some time and wait out the rain. You can start a fire by holding a bundle of wood and a flint, dropping them on the ground, and striking them with something metallic. If you have a fire sword or a similar weapon, you can start a fire with just wood.

But if you’re determined to get to the top of a mountain in the rain, you need to use the following technique:

It’s a tough technique, and it works in a lot of circumstances. Here’s an example of how it works:

At the start of the game, Link must collect magic abilities from the four shrines on the Great Plateau. These enable you to summon bombs, stop time on certain objects, create pillars of ice in the water, and control magnetic items. But those are only your basic spells. Eventually, you can get much more powerful magicks that will save you in combat and aid you in exploration. Here’s what they are, where to find them, and how to use them

How to get more stamina and more heart containers 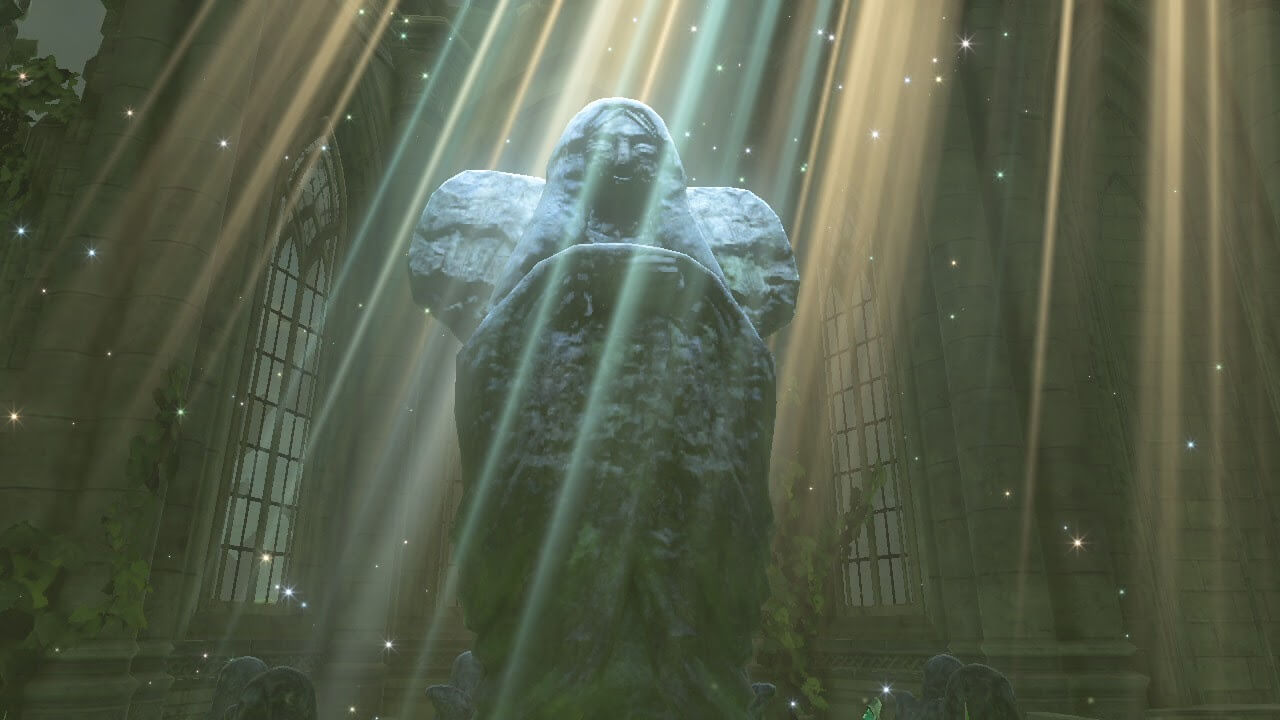 Above: PRAY TO ME!

Breath of the Wild doesn’t have pieces of heart containers hidden around the world, and you won’t get a full container often, either. Instead, you’ll expand your life meter and stamina bar by completing the more than 100 challenge dungeons. Spirits Orbs are standard reward for solving one of the smaller puzzle dungeons, and you can go pray to a goddess statue and select either an extra heart or more stamina after collecting four of them.

You can find goddess statues in most villages, but you can always find one at the Temple of Time or in the center of Kakariko Village.

What to do with Korok seeds?

Soon after you start, you’ll begin finding little forest spirits called Koroks. They’ll reward you with seeds for uncovering them. You should take those seeds to the river north of the Dueling Peaks Stable. Don’t cross the bridge; instead, walk around the river until you find a giant Korok who is sad about his lost maracas. Follow his quest to get his maracas, and then he will accept your seeds in exchange or expanding your inventory slots.

I don’t think you’ll need to download a list of recipes for Breath of the Wild. You could, but I think that’s a waste of time. Instead, you should learn the basic rules of how this system works.

But really, you should experiment. Cooking is something you can learn in this game, and I think it’s really best if you go for it.

Making elixirs is similar to cooking, but it’s maybe a bit easier.

What to do with precious metals

You can sell metals like opal, diamonds, ruby, and more for a lot of rupees, but you can also give them to a woman who runs the shop on the right side of Gerudo town. She will build you headwear with status effects, which is important for completing full armor sets. You can also give the metal to the Great Fairies to upgrade your headwear.

Upgrading your clothing with monster parts and chu jelly

Speaking of Kakariko Village, just to its north, you’ll find the Ta’loh Naeg Shrine. Walk past that into the forest and you’ll quickly discover a Great Fairy Fountain. This fairy will improve your clothing if you give her certain monster parts. All of the monster parts that she accepts will say something such as “it may have other uses” in the flavor text. 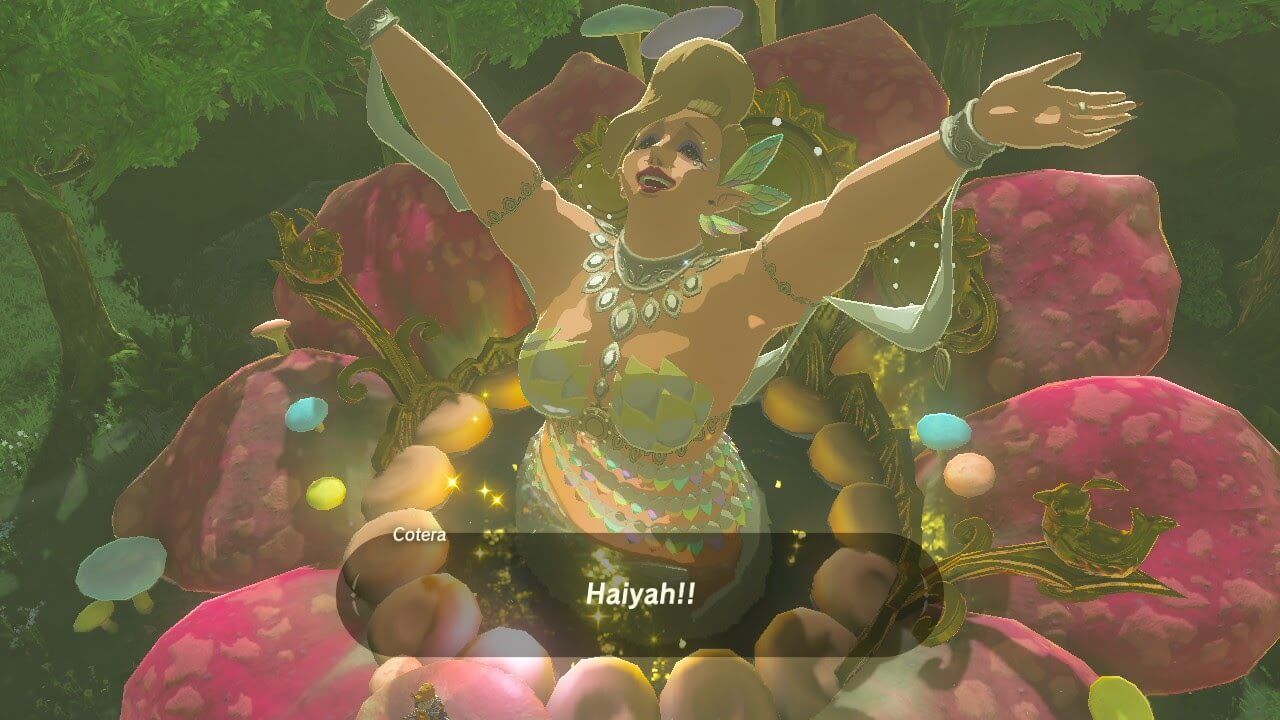 Above: Give me your clothes!

To upgrade you clothes again, you’ll want to find another fairy. There’s a second one in the Tabanatha region across the bridge from the horse stable.

How to easily catch bugs and fish

Are you finding that bugs and fish always scamper away from you before you can grab ’em? Then you should get the stealth Shieka armor from the armor shop in Kakariko Village. It’s expensive (try cooking some meals and selling them if you need the cash immediately, and be sure to sell your precious stones). If you buy the whole set, you can easily sneak up on bugs and fish even without going into the stealth stance. It makes catching those critters much easier.

If you’re just trying to fish, however, you can throw bombs into the water where you see them swimming. This will instantly kill the fish, and you can swim up and grab them.

How to climb mountains

Climbing is an art in Breath of the Wild. You don’t want to spam the jump button because you’ll cash your stamina meter way too fast. But just pure climbing is way too slow. I’ve found that climbing up to points of even really steep inclines, hitting B, and trying to run enables link to build back up his stamina meter while ascending relatively quickly. This won’t work on a sheer cliff, but you can see in the video above that I got to the top of the Dueling Peaks pretty quickly using this method. Of course, if it’s raining, climbing is typically an all around bad idea, but you’ll have slightly better luck if you have climbing gear (like the climbing pants and bandanna).

You can find the climbing pants on Mounta Lanayru’s far-east side. It is hiding behind a bombable wall.

What to do with Luminous Stones

How to use the camera to find certain items

One of the most important items in Breath of the Wild is the camera. You’ll get it from the Hateno Ancient Tech Lab on the outskirts of Hateno Village. You can use it to scan everything in the world to add it to your Hyrule Compendium. Once it’s in your compendium, you can set your Sheikah Sensor to help you track down that item. You’ll need this if you’re trying to quickly complete certain side-quests.

Where to find a Guardian shield.

You can get a Guardian shield by defeating certain challenge shrines. Try the Pumaag Nitae Shrine to the South of the overworld map: 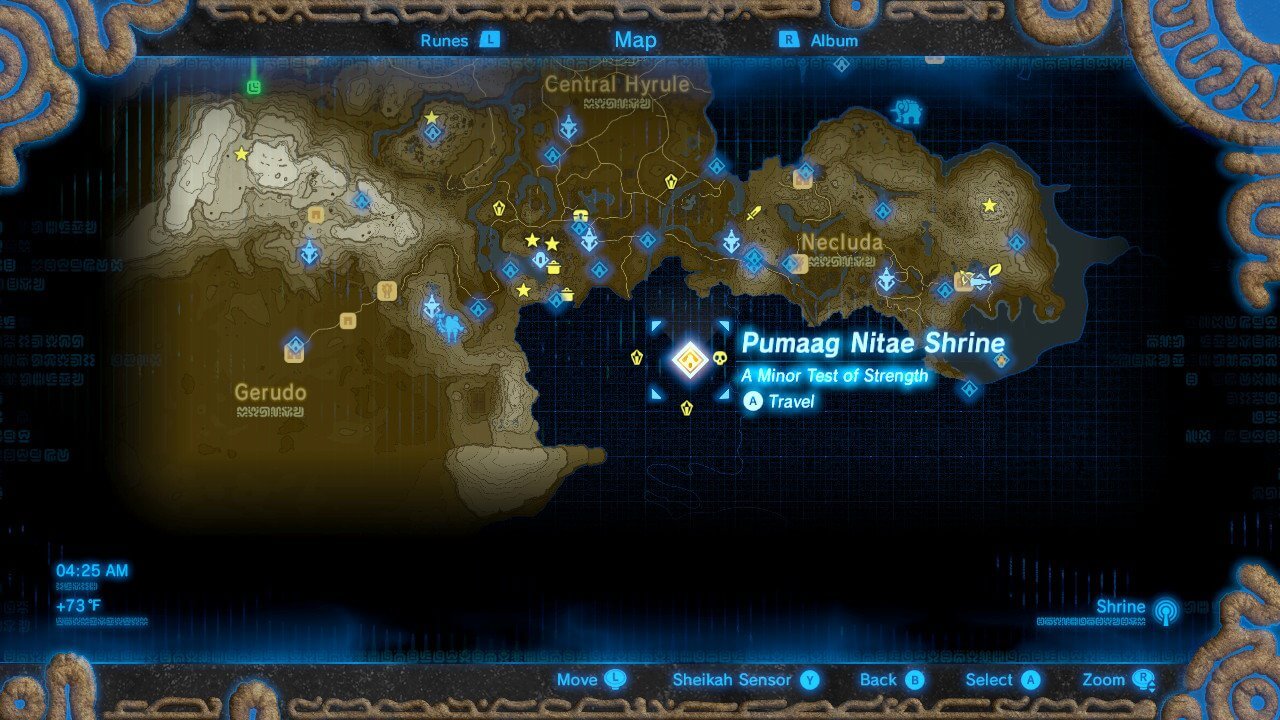 Above: Defeat the Guardian in here to get a Shield.

Are you wondering how to do something and don’t see it here?

Hey, email me if you have an unanswered question about Breath of the Wild. Let’s figure this out together, so we can expand this guide for everybody!