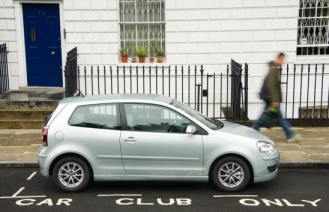 Cambridge, Massachusetts-based Zipcar announced this morning that Zipcar has acquired London-based Streetcar, a similar car-sharing service. In England, Streetcar is described as a “pay-as-you-go car club.”

Financial terms of the deal weren’t disclosed, but Zipcar did say in a press release that Streetcar vehicles will be rebranded as Zipcars. That’s the same approach Zipcar took when it acquired American rival Flexcar in 2007. The acquisition will boost the total number of Zipcar members from 360,000 to 400,000-plus, with members allowed to rent Zipcars in the U.S., UK and Canada.

Europeans generally get the credit for inventing car clubs. But Streetcar, founded in 2004, postdates Zipcar, which was founded in 2000 by Robin Chase and Antje Danielson, two women with ties to MIT and Harvard. Benchmark Capital led a $10 million funding round for Zipcar in 2005. GE’s Commercial Finance Fleet Services gave the company $20 million in lease line financing in 2006.

But it hasn’t been all growth for Zipcar. The company lost its partnership with XM satellite radio in 2007, after originally winning points with car-sharers for stocking its cars with upmarket satellite radio systems instead of entry-level AM/FM radios. In 2008, the combined Zipcar/Flexcar withdrew its fleets from Los Angeles and San Diego. The company now has an iPhone app that can remotely unlock some of its cars. But satellite radio was way cooler.

(Disclosure: Paul Boutin has been a Zipcar member since 2006.)