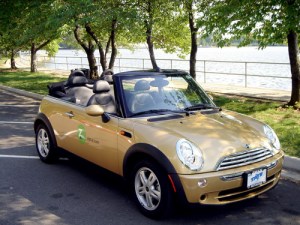 Cambridge, Massachusetts-based Zipcar, founded in 2000, plans to go public on the Nasdaq under ticker symbol ZIP. The company, which lets members of its car-sharing service rent conveniently located cars by the hour, has grown steadily over the past 10 years, acquiring or buying into several rivals including Seattle-based Flexcar, Spain’s Avancar, and UK-based Streetcar. 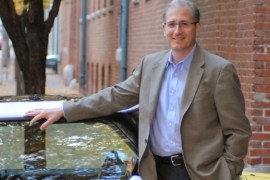 Zipcar’s differentiator is that, based on market studies, the company added upscale automobiles to its fleet, rather than focusing on economy and green vehicles as smaller rivals like San Francisco-based City CarShare did. Zipcar rents BMW 3-series sedans and Mini convertibles for a few dollars more per hour. Founding CEO Robin Chase handed over the keys to former Boeing engineer Scott Griffith (pictured) in 2003.

According to the paperwork, Goldman Sachs and J.P. Morgan will serve as co-lead underwriters.

An earlier version of this story incorrectly reported that Zipcar had acquired City CarShare, which is an independent nonprofit.