Wildlife Studios has quietly reached more than 2 billion mobile game downloads in the past eight years, and that’s one of the reasons it is announcing today it has raised $60 million in funding.

Wildlife Studio’s mobile game hits include titles such as Zooba, Tennis Clash, and Castle Crush. They’re among a half-dozen big hits among more than 60 that the company has released since Victor and Arthur Lazarte started the company in Sao Paolo in 2011. It’s an example of how it’s still possible to build a mobile gaming empire without having well-known brands.

“Fortunately, we did not accept that deal,” said Victor Lazarte, CEO of Wildlife Studios, in an interview with GamesBeat. “Over the last couple of years, we expanded our team presence internationally, opening offices in the U.S. That opened a lot of doors for us.”

Above: Zooba is a midcore title from Wildlife Studios.

He said that the company will use the money to accelerate talent hiring and enhance the quality of its games. He said the company now has more than 500 people across locations in Sao Paolo, Buenos Aires, Dublin, San Francisco, Palo Alto, and Orange County, California.

The company’s game roster includes fan-favorite mobile games Tennis Clash and Zooba, among others. Tennis Clash is currently ranked in the top ten most downloaded games in over 100 countries, with more than 300,000 downloads per day, and Zooba was the fifth most-downloaded game in the U.S. days after launch.

“Until two years ago, we were most strong only in Brazil, and then we got more traction,” Victor Lazarte said. “I think that is what drew the investors to us. We now have a global reach.”

Zooba is one of the “midcore titles,” or those that have hardcore elements but can be played in a short time on mobile, that has had more success across all territories. 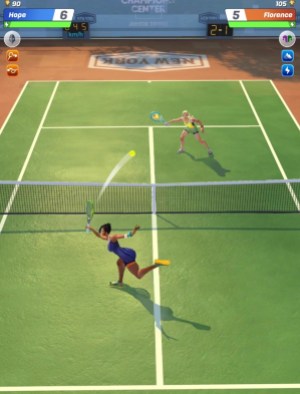 Victor Lazarte added, “Our track record caught investor attention. We are profitable. We have been lucky enough to generate a decent amount of downloads and become better known.”

Wildlife Studios has launched more than 60 titles since 2011 and expects to reach 2 billion mobile game downloads by the end of 2019. The mobile gaming industry accounts for more than half of the entire videogame industry industry and is its fastest-growing segment, generating approximately $70 billion in yearly revenues and growing 26% on average each year.

“When we first invested in Wildlife Studios, we bought into Arthur and Victor’s compelling vision of developing and launching blockbuster games for the fast-growing mobile market,” said Brian Feinstein, partner at Bessemer Venture Partners, in a statement. “It’s been an exciting journey to see Wildlife evolve from a small studio with a single hit game to a global gaming studio with 60 successful titles.”

The company has recently made strategic leadership hires including the studio art director of Riot Games, Sony Interactive Entertainment’s vice president of game development, and Mercado Libre’s vice president of engineering. With this funding round, the company aims to increase employee headcount to more than 800 employees by the end of 2020.

“Wildlife Studios’ is well-positioned to take more than its fair share of the mobile gaming market,” said Peter Fenton, general partner at Benchmark, in a statement. “The team is incredible and they have the ambition, creativity and grit it takes to capture and scale a global user-base.” 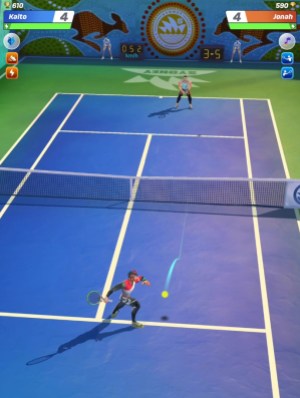 “My brother and I wanted to combine our love for game development with the limitless potential of the mobile market to bring games to people around the world,” said Wildlife Studios cofounder Arthur Lazarte, in a statement. “We started as a tiny studio in São Paulo and we’ve now expanded to six offices across the globe. Our mission is to deliver the best experience to our players by finding the most talented people who share the same passion as we do – building, developing, and distributing the best mobile games in the world that will mark a generation of players.”

Wildlife Studios will be able to put more money into each game it makes now, but Lazarte said the important thing is to attract world-class talent.

“This helps our ability to recruit,” he said. “We all use the same tools and computers. But the question is who can create an environment where the best talent can get excited.”

In 2020, Wildlife Studios expects to release three or four titles, but the company is shooting for higher quality.