ZTE is set to become first to market with a smartphone featuring an under-display camera. The Chinese company announced today that it’s launching the ZTE Axon 20 5G in its domestic market on September 1.

Smartphone makers have for several years dabbled with designs to increase screen real estate by hiding or working around the front-facing camera. Solutions have included pop-ups, slide-ups, in-display pinholes, and notched cut-outs. While each design has made some progress toward the common goal, they have all felt like hacks — or reluctant compromises.

Over the past year, a number of companies have teased the ultimate solution to this problem — selfie cameras located underneath the display, meaning they are completely hidden from view. However, no mass-produced device featuring an under-display camera has gotten out the door — something ZTE is now looking to change. 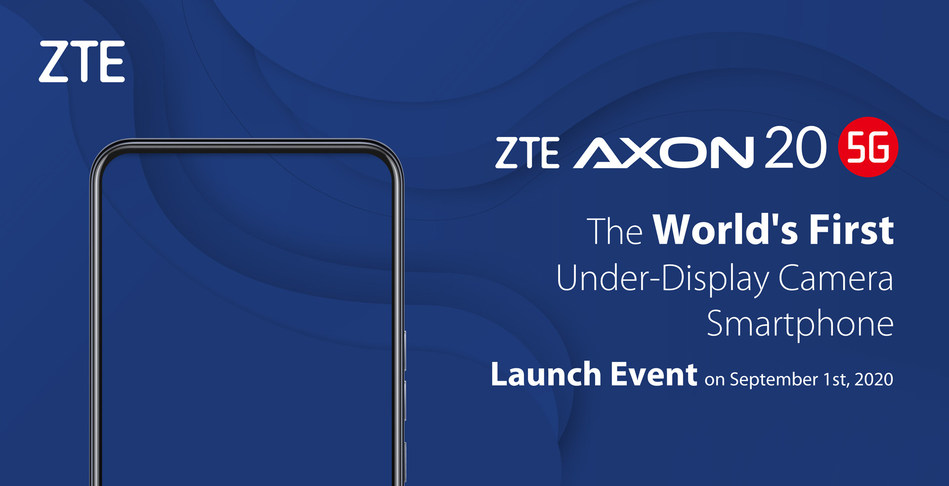 Embedding selfie cameras underneath the display invites inevitable challenges, such as insufficient lighting. The segment of the display on top of the camera has to have a gap to allow light to reach the sensor, while also having enough pixels to show visuals. This means companies like Oppo have had to create new displays from “highly transparent” material while leaning on software algorithms to enhance the quality of visuals that might otherwise appear foggy.

ZTE hasn’t given any indication of the price or extended market availability of the ZTE Axon 20 5G after it launches in China, but today’s news will likely kick off a slew of similar announcements as rivals strive to lay some sort of claim to being “first” to market.

Xiaomi and Oppo are both frantically working to bring similar under-display camera technology to market, and Samsung is expected to embrace a similar design in an upcoming device. Nokia phone maker HMD Global is also reportedly working on under-display cameras for one of its future phones.

Unlike the workaround “solutions” that have preceded them, under-display cameras could significantly change smartphone design, opening the door to true edge-to-edge displays unencumbered by notches, pinholes, or moving parts.