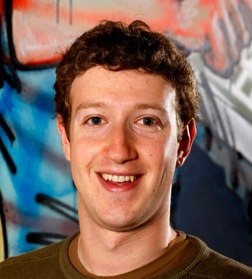 Now, news site Business Insider has obtained what reporter Nicholas Carlson says is an IM exchange between Zuckerberg and a friend, saved back when the 19-year-old Zuckerberg was building what was then called TheFacebook.com in his Harvard dorm room.

Zuck: Yeah so if you ever need info about anyone at Harvard

[Redacted Friend’s Name]: What? How’d you manage that one?

Zuck: They “trust me”

Yes, he was probably kidding, and he was a teenager at the time. But the message makes it clear that Zuckerberg was aware of the potential invasions of privacy to which users of TheFacebook were often unwittingly exposing themselves.

Facebook declined to comment to Business Insider. But in response to earlier revelations of similar messages sent by Zuckerberg when he was at Harvard, Facebook PR called the allegations “dated” and said they weren’t willing to “debate” Facebook’s “early history.” Note that they used the word “dated,” not “false.” If they get back to my own request for a response — that’s paul@venturebeat.com —  I’ll update.