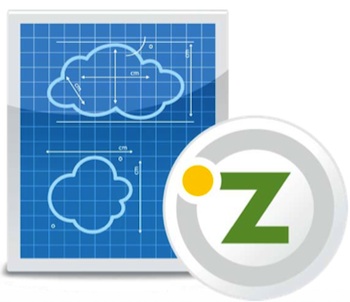 Zuora chief executive and cofounder Tien Tzuo has been evangelizing about the shift to “the subscription economy,” and his company has been trying to sell its subscription technology to all kinds of companies — Web startups, media companies, Facebook application developers. Now it’s adding providers of cloud computing infrastructure to that list, with a new service called Z-Commerce for the Cloud.

Since this is Zuora’s first product focused on infrastructure, rather than Web applications or content, the business model is a little complicated. Zuora says it can measure cloud usage, put together pricing plans, handle the billing, and even build online stores for these cloud providers. It has designed four plans for four different kinds of customers — one for cloud service providers, another for vendors and resellers, a third for marketplaces, and a final one for private cloud companies.

At the same time, Tzuo said Zuora is tempting cloud providers with the same basic proposition that it’s offering everyone else — avoiding the headache of building your own payment system, which can take months or more. Plus, they get to tap into the cloud business tips that Zuora has picked up from its existing customers, which it calls its “Blueprint for the Cloud.”

Companies who have already signed on to early test versions of Z-Commerce for the Cloud include Tata, EMC, and Sun.

Asked if there are really enough cloud providers to make this a big business, Tzuo said, “I think we’re too early for consolidation. In terms of players, there’s at least 2,000 of them in the US, but it’s unclear if it’s going to be like the [Internet service providers], where everything goes to a few ISPs.”

Zuora has raised $21.5 million in funding from Benchmark Capital, Salesforce.com founder Marc Benioff, Shasta Ventures, and Lehman Brothers Venture Partners. The company said it’s now cash-flow positive (meaning that there’s more money coming into the company than going out), and that it managed $1 billion in transactions during the first three months of 2010. Competitors include Aria Systems and Vindicia.